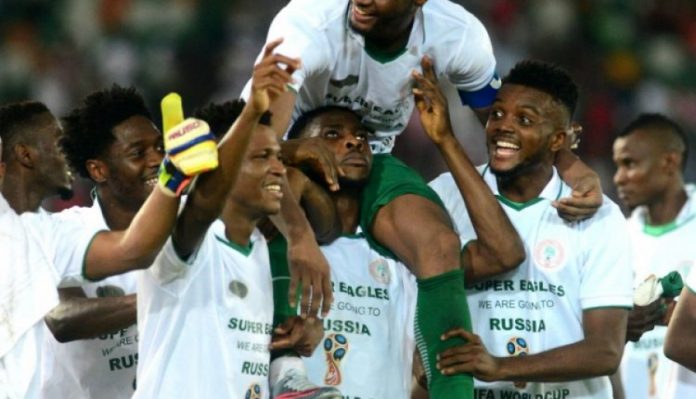 The Eagles will now be paid a $3 million qualifying bonus for the 2018 World Cup according to their call-ups and appearances.

But it may not have been so if the players had accepted a new format that they be paid according to minutes they played in the qualifiers to Russia 2018.

“Mikel and the rest of the team out rightly booted out a proposal brought forward by one of the NFF vice-presidents that they should now be paid the bonus by the number of the minutes they played in the qualifiers,” an official said

“That would have meant some of the players who were called up but never got to play will not benefit from the bonus.”

The players insisted they would rather go with what was used previously, that is players who were called up for the six group qualifiers as well as the second round eliminator against Swaziland.

“To be paid according to playing time will bring desperation in the team, against team spirit, and the players rejected this,” another official added

Per the earlier negotiations each player will have pocketed $15,000 for a win in the group stage of Russia 2018 and that the Nigeria Football Federation (NFF) have agreed to pay out 30% of the $9.5 million FIFA will give to each of the 32 finalists to next year’s Mundial.