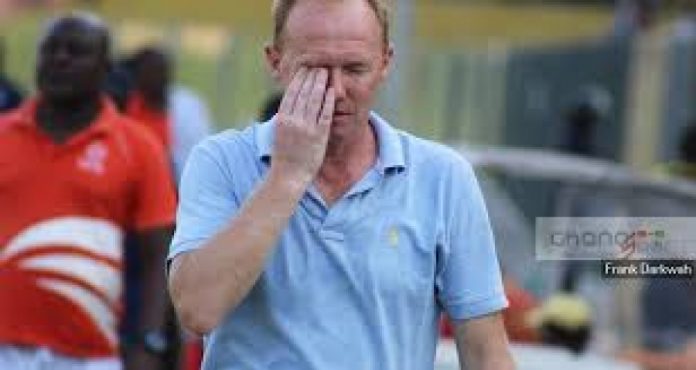 The Scottish is alleged to have pocketed US$ 56,000 from the ‘illegal transfer of some players’, according to a leaked findings by a three-member committee of board members tasked with investigating the European gaffer.

According to a Graphic Sports publication, the committee’s findings linked the coach to the Scottish firm NM Football Consultancy, as collaborators for the transfer of players of Hearts.

Nuttall is said to have told the Committee: ” It’s a difference of understanding pertaining to the job. It is an error of judgement on my part for not informing the board and the administration [for which] I apologise to the committee and I plead that it should not cost me my job.”

GHANAsoccernet.com understands the Ghanaian giants are considering pressing fraud charges against the coach whose dismissal will be announced today (Monday).

He bagged Ghana’s independence cup against arch rivals Asante Kotoko and finished runners-up in the domestic cup in the same season.

His departure from Gor amidst fans protests was also marked with allegations of gross misconduct and uneasy relationship with the president.