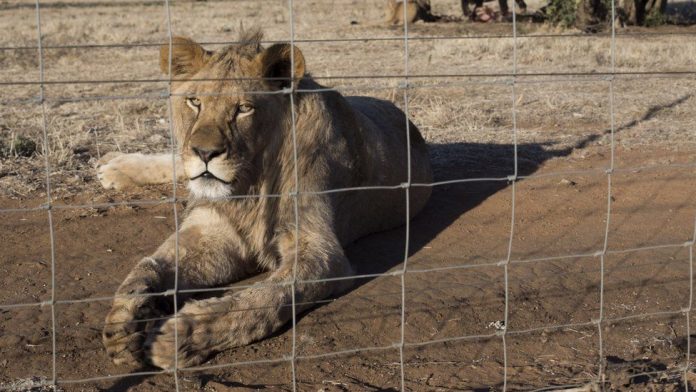 South Africa has revealed plans to clamp down on breeding lions for hunting or so tourists can pet cubs.

The move comes after the results were published from a two-year study into the controversial practice of captive lion breeding.

It found that the practice risked conservation efforts and harmed wild animals.

South Africa’s government accepted the panel’s recommendations which could anger the hunting industry.

“What the majority report says, with regards to captive breeding of lions: it says we must halt and reverse the domestication of lions through captive breeding and keeping,” environment minister Barbara Creecy said.

“We don’t want captive breeding, captive hunting, captive petting, captive use of lions and their derivative.”But she said the regulated hunting of lions raised in the wild would be allowed to continue. It provides a lucrative source of tourism revenue.

The panel was tasked with reviewing policies and regulations on lions, leopards, rhinos and elephants.

On rhino horn and ivory stockpiles, the panel recommended negotiations with other southern African countries before determining whether they can be disposed of.

Proponents of captive breeding say it could help protect wild animals from breeding, but critics see it as cruel and exploitative.