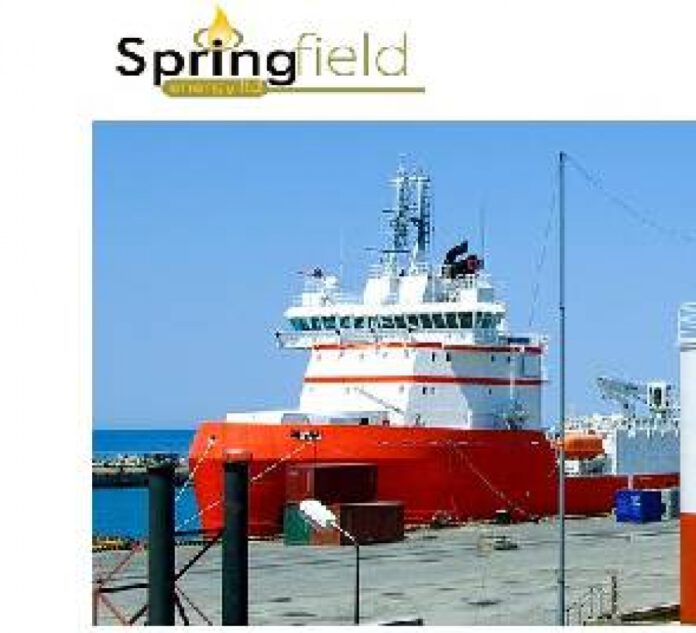 With more than 80 per cent of the country’s petroleum potential still left unexplored, Mr Okyere said it needed to strategically open its doors to investors in the sector or risk underutilizing that potential.

“Ghana actually has a lot of oil — the only issue now is that we need to allow more companies to explore,” Mr Okyere said in an interaction with the Editor of the Daily Graphic, Mr Ransford Tetteh, in Accra.

He blamed the limited E&P activities in the petroleum sector on the processes associated with the application and granting of licences, explaining that it took his company almost five years to acquire a licence from the government to explore and develop a problem.

The CEO of the Springfield Group, a consortium of companies in the petroleum sector, and some of his executives, including the Chief Operating Officer, Geena Punjabi, were in the offices of the Graphic Communications Group Limited (GCGL) to interact with the Editor and his team.

The visit was aimed at building a friendly relationship between the two institutions that can be leveraged for the benefit of their respective businesses.

The discussions centred on the potential of the country’s nascent petroleum industry and the prospects of the Springfield Group, which started operations in the downstream sector in 2008.

While noting that Ghana was blessed with a lot of petroleum resources, Mr Okyere said: “We are not allowing companies to actually explore, in spite of the fact that we have enough oil and gas.”

Although some oil blocks have been licensed to companies for exploration, the CEO observed that majority of those licences were lying idle, as the companies were unable to mobilise the needed finances and technical expertise to work.

“There are some companies that have the licences to oil blocks but are keeping them, waiting for others to buy them. What this means is that our natural resource is in there, yet we are not exploiting it,” he said.

He called for incentive packages for established companies seeking to invest in the local petroleum sector, explaining that that would help lift the fortunes of the sector and the individual.

Mr Okyere also observed that gas from the oilfields would soon be the game changer in the economy, given that its increased availability would help lower the cost of electricity, which would in turn impact positively on businesses.

He called on the government to support businesses to invest in the gas sector.

Earlier, Mr Tetteh had said the Daily Graphic and its publishers, the GCGL, were willing to support businesses to grow.

He said as a business that survived on the successes of other businesses, the Daily Graphic would always ensure that it gave the opportunity to credible companies to grow, which would make it possible for them to patronise the newspaper.

The Springfield Group currently owns about 85 per cent of the West Cape Three Points Block 2, with the remaining 15 per cent for the Ghana National Petroleum Corporation (GNPC) and its subsidiary, GNPC Explorco. This makes it the first indigenous company to have a majority stake in an oil block in the country.

It also has subsidiaries in the bulk oil distribution, fuel trade and lifting businesses, as well the services sub-sector.

The company has business relationships with some of the best companies in the petroleum sector, including Aker Solutions and BP, which it leverages to help grow its businesses.