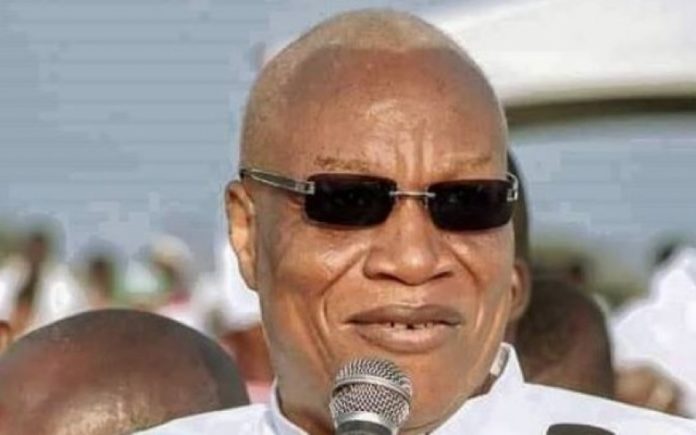 The contract, which was initially $34 million has ballooned to $72 million and still counting.

The revelation has led to allegations of financial malfeasance levelled against the former management and the board.

However, Prof Alabi wrote in a statement that: “It is unfortunate, to expect that a contract, which has been awarded and was being implemented, for which earlier payments have been done before our Board took over, would be discontinued by the Board Chairman.”

“A phenomenon”, which, he said: “Only reflects lack of management maturity and sensibility.”

Such actions, Prof Alabi said, “could incur judgment debt,” adding: “We live in a country where sadly, usually a new government simply flags the poster high “New Team Holy”; “Past Team Thieves.” Oh, where is our democracy heading?” he wondered.

I wondered why dog would bite dog in the same family. I could only imagine that very soon, when the missiles begin to fly from without, members of our cherished party fraternity will spin, rock and roll at the joy of seeing others being pursued, whether rightfully or wrongfully. But hey, my advice, ‘just know that the target is the party and not the individuals.’

As I reflected on the facts of the SSNIT case in question, I smiled, not in self-pity but at the ignorance of the celebrants.

Facts of the SSNIT-Operations Digitisation Case:

In the SSNIT case in question, on the matter of Software and Hardware Acquisition and Installation, which also includes Computerisation of all existing files, a Biometric System and Consultancy fees; the contract was awarded in 2012 before the tenure of our Board, which started in 2013. I (Joshua Alabi) was therefore not the Board Chairman at the time the contract was awarded, yet hunters seeking to pursue innocent public servants like me, jubilate in chronic (incurable) ignorance at the news of mere speculations of falsehood.

The contract in question had been awarded by the previous Board and operationalised before our Board took over.

It is unfortunate, to expect that a contract, which has been awarded and was being implemented, for which earlier payments have been done before our Board took over, would be discontinued by the Board Chairman. A phenomenon, which only reflects lack of management maturity and sensibility.

A trend creeping into and becoming entrenched in Ghanaian political leadership and governance. Such actions could incur judgment debt. We live in a country where sadly, usually a new government simply flags the poster high “New Team Holy”; “Past Team Thieves.” Oh, where is our democracy heading?

It is worth noting that during the course of our Board’s fiduciary duties, the Board expressed dissatisfaction when management brought before the Board for ratification, AN AMOUNT spent on variation to the contract in question, indicating that management should have sought approval from the Board before spending. Before ratifying, the Board queried and warned management never to spend without approval, as evidenced in the Board’s minutes of the time.

The Board in its draft budget for 2017, therefore, made an allocation for such eventualities but that budget line was not spent. Going forward, the board further directed that Value for Money Audit be conducted on all SSNIT projects, which was yet to commence. The current SSNIT Board has just commenced similar investigation into the SSNIT’s digital Operationalisation project (OBS project) and the former Board have been sentenced already.

Indeed another song has been sung but the last note has not been played. Another tear has fallen, starring deeply through the night. Even though tonight seems darker, the stars are just as bright, and like sand through an hourglass, these are the days of our lives (reworded A.J. Jaskowiak’s poem).

– Prof Joshua Alabi just after the news of the death of his sister was announced to him on the evening of 23rd July, 2017.