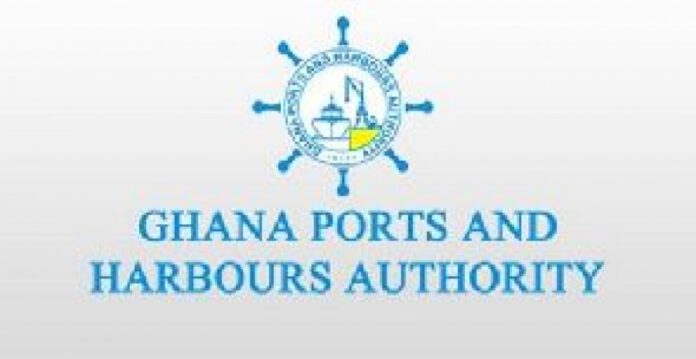 According to the aggrieved workers, the management, led by Director-General of the GPHA, R. A. Y. Anamoo, is supervising what they claim to be ‘massive rot’ at the ports and said it had heightened after the just-ended general election and, therefore, the government needs to investigate the management without delay.

They lined up issues, including award of dontracts, recruitments, discrimination of promotions of workers, harassment of workers perceived to be against the outgone NDC, renovation of GPHA facilities, GPHA money used for NDC campaign, port expansion projects, as well as sudden renewal of contracts against the rules of the authority as not done in a transparent manner.

The workers claimed that a total of $60 million was transferred on eight different occasions from the GPHA Ecobank account to the Presidency under John Mahama under the title ‘Presidential Protocol’ for the NDC’s campaign and also alleged that then Minister of Transport Fifi Kwetey was given GH¢2 million for his campaign and the cheque was handed over to him by one Lawrence Atumbili, a GPHA protocol manager.

According to the workers, GH¢9 million was allegedly used as ‘protocol’ by the GPHA management when Mr Mahama on two occasions commissioned some projects at the ports, saying, “This was disclosed to the four unions by the Director-General when we questioned him on the rationale behind carrying bundles of moneys in the car booth of the General Manager Administration Adjei-Kumi Sam and distributing it openly.”

They claimed that GPHA bought an IT software for $20 million but the software could not fit into the system and was eventually discarded although the management sent 116 staff to India to train them on how to use the software.

The aggrieved staff also said that GPHA committed a whopping 100 million into feasibility studies towards the ports expansion projects prior to securing the $1.5 billion for the Tema Port.

They said the GPHA management allegedly spent GH¢81 million to renovate the old headquarters block, yet the renovated blocks are in bad shape.

They also said that during the December 7 general election, about 325 staff of the GPHA were transported to the Brong Ahafo and the three northern regions to cast their ballots, and all expenses were borne by the authority.

According to them, just after the election, the GPHA management promoted 1,500 out of 2,913 staff to various levels and those mostly promoted to senior positions are NDC sympathisers and employed about 458 people for the Tema port alone.

They claimed that 63 of the recruits were given top jobs, while at the Takoradi Port, 250 people have been employed as security guards, with another 80 for other departments and those decisions had been taken in spite of caution from the various unions that the action was a breach of the Collective Bargaining Agreement.

They also claimed that the management had renewed cleaning services contracts for all pro-NDC companies, some of which were against the rules of the GPHA and also said contract sums had been inflated.

They further claimed that after the election, prices for all confiscated cars and other general cargo were reduced by about 70 percent and chits were given to NDC members to clear from the ports, adding, “Those who deliberately bring in luxurious cars and wait for the 60 days before clearing them as an auction are given opportunity to clear at auction when the cars are less than 60 days in the ports.”