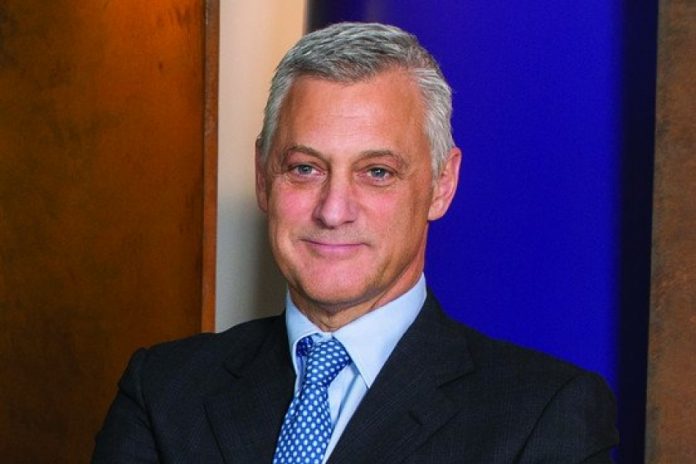 This was disclosed by its Group Chief Executive Bill Winters who was in Ghana recently for the opening of Standard Chartered Bank’s new corporate head office in Accra.

Speaking in an exclusive interview with JoyBusiness, Mr. Winters added that they are planning to launch a digital Bank in Ghana before the end of this year.

This would ensure that customers can do everything on their own except handling of cash. StanChart is moving the Digital Bank concept to Ghana after launching a similar in Ivory Coast this year.

“In three years that I have been at Standard Chartered Bank we set up to do everything digitally, however it has been carried out with a human touch, ” he added.

The Group Chief Executive of Standard Chartered Bank however assured that despite this move, the bank’s human resource or numbers would not be affected.

This is because managers of the bank still appreciate the human touch in delivering service to customers.  Mr. Winters added that “We were about 100 thousand personnel when this service was introduced as at today that staff numbers have not changed”.

Mr. Winters added that despite going this way the human numbers are intact, “In the next few weeks we are going to launch a digital bank in Ghana” he added.

Mr. Winters added that it is Standard Chartered Bank’s expectation that this would improve banking to the unbanked and improve the Bank’s operations in Ghana, impact on customer satisfaction and bottom line.

StanChart Ghana’s standing in the Group

According to the Group Chief Executive, SCB Ghana plays a significant role in Africa and Group operations and they are prepared to give it the necessary support to aid its dealings in Ghana and Africa.

“People who do or want to business in Ghana take great comfort that Standard Chartered Bank is in the country and that is why StanChart plays a critical role in our operations in the region, ” he added.

Mr Winters added that SCB is not only a critical bank to local firms but the government and international organizations in the country, “it’s very important to market for us because of the role they play in the local economy and even in the Africa region”.

The Group Boss of Standard Chartered Bank even argued that his presence in Ghana for the recent opening of StanChart Ghana’s new corporate head office shows that at the group level they see Ghana as very import to their operations.

Standard Chartered Bank Ghana has been operating in the country for about 120 years and the assurance from the bank is that they are here for good and committed to supporting the growth of Ghanaian industries and government.

The recent regulatory measures by the Bank of Ghana have put some commercial banks in a position that would require some mergers to stay in operation. One can talk about GH₵400 million minimum capital requirement, new accounting Model for working on accounts, that is the IFRS and the risk-based capital.

But for the Standard Chartered Bank’s Group Chief Executive said acquiring another bank now as a growth strategy is not on the table, adding that “Our growth strategy has always been organic, as you have seen the opening of a new head here in Accra”.

Mr Wintex was however hopeful that “if something comes its way and it is not destructive we would look at it.”

On the recent regulatory actions by the Bank of Ghana, the Global Boss of StanChart maintained that the development is good for the banking sector.

The Central Bank as part of measures to clean up the banking sector was forced to revoke licenses of seven distressed banks.

This has led to some panic withdrawals and jobs losses, with some analysts questioning the regulator’s approach.

But the visiting StandChart Boss believes that this would rather convince investors that the market is well regulated and would assure businesses that their investments are safe.

Mr. Winters was of view there still some areas that we need to look at while admitting at “we can never rule out being hit by another challenge”. On regulation, Mr Winters was of the view that a lot more coordination is needed among all the managers in the various markets to help minimize the effects of any crises.