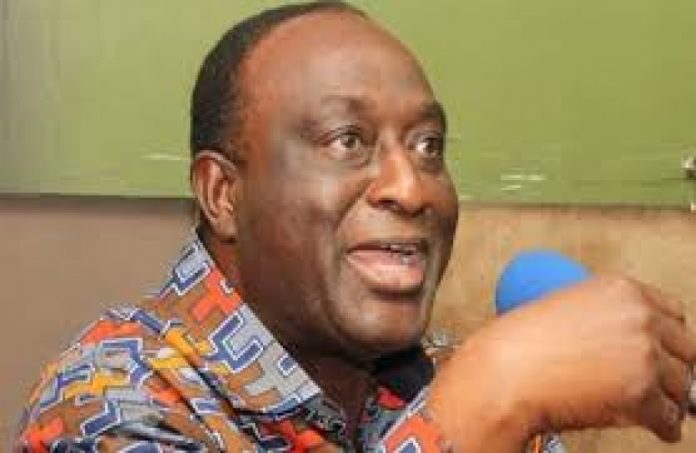 He said the government’s flagship programme, which would focus mainly on agro-based industries, had good prospects and would be a win-win for all parties.

Mr. Kyerematen made the call at the opening of the India-West Africa Business Forum and Exhibition dubbed: “Namaskar Africa 2017” at the Ghana International Trade Fair on Wednesday.

The two-day meeting is being attended by an Indian business delegation as well as businessmen from the West African sub-region.

Mr. Kyerematen said the idea of the “One District, One Factory” was to bring industrialisation to the doorstep of the people.

What the government was seeking to do was to identify the economic potential of each district and use the power of industry to add value to those resources, he said.

Mr. Kyerematen explained that under the programme the government and the private sector are going to work together to establish medium to large scale factories in all the 216 districts.

He said the government intended to ensure that this laudable programme was achieved over the next four years as well as the “One Region, One Park” initiative where major industrial parks or special economic zones would be established, in partnership with the private sector, in each of the 10 regions.

“All the magic about Asia, including India, can partly be attributed to the industrial parks or special economic zones,” he said, adding that this would also create jobs for the youth.

Mr. M.J Akbar, the Minister of State for External Affairs, India, called for the deepening of cooperation between Ghana and India in trade and industry and challenged the business community to work together for the mutual benefit of their people.

He said economic growth, by itself, meant nothing if the people at the bottom of the economic ladder did not benefit.

Mr Akbar called on the businessmen to empower the people, especially the poor, economically who would, eventually, become large markets for their businesses.

He said India was ready to partner Ghana in her quest to develop the country through industrialisation adding; “Ghana is blessed with a lot of riches in the form of mineral resources but the challenge is how to turn these riches into wealth for the benefit of the people.”

Nana Dr. Appiagyei Dankawoso, the President of the Ghana Chamber of Commerce and Industry, on his part, urged the Indian and other investors to take advantage of the investment opportunities in Ghana, including infrastructure, real estate development, healthcare and pharmaceuticals, agriculture and agro-processing.

He expressed the hope that the forum would serve as a unique platform for businessmen and women from Ghana, India and other countries to share ideas and establish business relationships.

Mr. Humphrey Ayim-Darke, the Vice President, Association of Ghana Industries, urged the Government to continue to engage the Association as industry players to help shape the business environment to attract investment.

He said more of such forums needed to be organised to provide useful research and investor-information for effective networking to enhance trade.