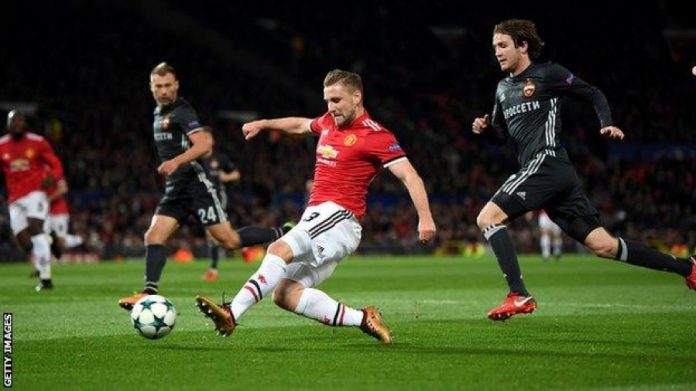 United had to come from behind to secure their place in the last 16 of the competition – the first time they have progressed that far since David Moyes was in charge in 2014.

Victory at Old Trafford ensured Mourinho’s team finished above second-placed Basel in Group A with 15 points from their six games.

“I think it does not matter which team we get in the draw,” said the Portuguese manager.

“I am not the luckiest guy with draws so it is better I shut up and forget it because we only play in February. Until then I have to concentrate on the English competitions.

“I think that teams will not be jumping with happiness to play against us. I don’t think so.

The Russian side had taken the lead with a controversial goal on the stroke of half-time as Vitinho’s shot was diverted into the net by Alan Dzagoev. United’s defenders claimed he was offside, but replays suggested the officials made the right decision because Daley Blind – who had slid off the pitch – was deemed to be playing him onside.

Despite conceding, the hosts were on top throughout and could have gone in front within four minutes but Marcus Rashford scuffed a shot against the post following Romelu Lukaku’s through ball.

However, the United forward pair did score in quick succession in the second half to turn the match around.

Striker Lukaku stretched out a leg to poke home his 13th of the season from Paul Pogba’s pass on 64 minutes and Rashford stroked in just 66 seconds later.