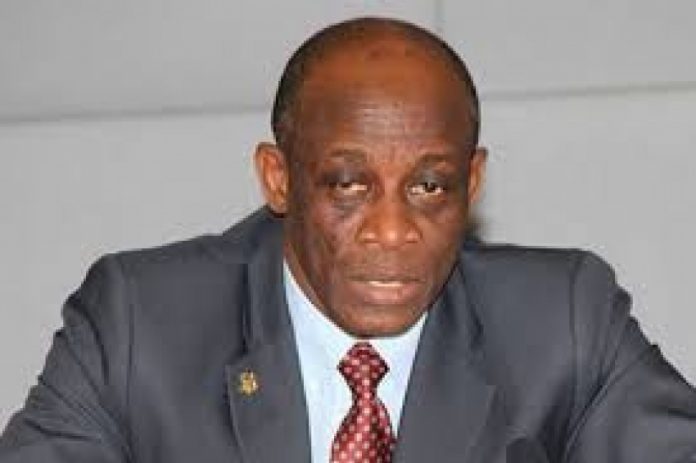 It follows a Ministry of Finance (MoF) response to a Ghanaian Times Editorial, rather than PIAC, suggesting that the Controller and Accountant-General’s Department (CAGD) Treasury Main Account (T-Main) and Treasury Single Account (TSA) can supersede ‘Funds’ created under the 1992 Constitution. It also seems to use the Public Financial Management Act, 2016 (Act 921) (PFMA) to make the petroleum revenues fungible.

While there may be overlaps, the MoF viewpoint is inconsistent with Chapter 13 (Finance) of the 1992 Constitution since the T-Main and TSA form part of the Consolidated Fund, with the same status as other Public Funds. The TSA is a cash and treasury management tool while the T-Main pools and often “sweeps” multiple accounts, including some Public Funds, to legally allocate resources and prevent their misuse by banks and other agencies.

MOF cites the T-Main and TSA in PRMA and PFMA contexts but omits Public Funds under the Constitution. Article 175 notes: “The Public Funds of Ghana shall be the Consolidated Fund, the Contingency Fund, and such other funds as may be established by or under the authority of an Act of Parliament.”

Article 176(1) states that the Consolidated Fund shall receive all revenues due to the state but an Article 176(2) proviso is key: “The revenues or other moneys referred to in clause (1) of this article shall not include revenues or other moneys (a) that are payable by or under an Act of Parliament into some other fund established for specific purposes; or (b) that may, by or under an Act of Parliament, be retained by the department of government that (c) received them for the purposes of defraying the expenses of that department.”

While it does not mention the Annual Budget Funding Amount (ABFA), this flows from the PHF—with GNPC and PIAC also benefitting. Section 102 also lifts the “sources” of the petroleum funds from the PRMA, without change.

The Constitution does not mention T-Main or TSA, which are Consolidated Funds, neither is the PRMA part of Section 103 (Repeals and Savings) of the PFMA. They can be used to check abuse and manage idle funds and balances but not “sweep” the petroleum funds outside the PRMA rules for channeling funds to the Budget.

The PFMA notes: “TSA means a consolidated bank account system where all deposit and payments transactions are processed for central government” (s102). It gives a “consolidated view of government cash resources” (s46)—a process that cannot change the PRMA’s source and destination rules. CAGD uses the T-Main to distribute funds to government institutions through sub-treasury or sub-consolidated fund accounts, based on MOF “Warrants” that specify the legal use of the funds.

The main TSA/T-Main goal under the PFM and Ghana Integrated Financial Management Information System (GIFMIS) reforms is to prevent banks from lending idle government funds to government. Given technology, the “pooling” of account balances no longer involves physical cash movements since the Controller obliges banks to give ‘electronic view’ of these balances. This is effective for blocking the accounts to prevent misuse or mistakes.

As a reminder, the PRMA pools all midstream and upstream petroleum tax and non-tax revenues—currently from Jubilee, Tweneboa, Enyira and Ntomme (TEN), and Sankofa fields—into the PHF for allocation by Parliament to Ghana National Petroleum Corporation (GNPC), Heritage Fund, Stabilisation Fund, and ABFA.

GNPC: Initial allocation for investments in exploration and equity, including cash-calls in partnership projects as well as operational expenses (e,g., capacity-building).

After GNPC’s allocation, the PHF balance is distributed in specific ratios under the PRMA.

Stabilisation Fund: This budget buffer Fund gets 15 percent, with withdrawals subject to strict formulae on quarterly shortfalls and “capping” approved by Parliament.

ABFA: This budget or spending fund gets 70 percent, with a minimum of 70 percent of the allocation going into capital expenditure in four sectors approved by Parliament.

Hence, the PRMA blocks distribution of the Heritage Fund and allocates the others to the Budget for investment (equity and projects), stabilization or buffer, and spending. This delicate balance has been upheld since 2011 (Table 1).

The strategic ‘cap’ of the Stabilisation Fund in 2014 by Parliament, after the peak in crude prices, addresses contingency and debt management needs and concerns that the ABFA is spread too thinly across projects. It gave rise to secondary allocations as follows.

Sinking Fund: This debt service fund takes 75 percent of the excess of the Stabilisation Fund for debt management, after the budget deficits started declining gradually.

Contingency Fund: The remaining 25 percent goes into the Contingency Fund under the Constitution (Art, 175), with allocations made directly by Parliament.

Table 3 gives the balances on the Secondary Funds since their creation in 2014.

Some major Funds achievements include (a) use of Stabilisation Fund to support the budget (2014), after precipitous falls in crude oil prices (2015 to 2016); (b) use of US$336 million (end-2016) plus US$200 million (October 2017) of the Sinking Fund to redeem Ghana’s US$750 million obligation on the 2007 Sovereign Bond; (c) setting up the Contingency Fund (2014), 23 years after the Constitution came into effect—with withdrawals in 2015 to support victims of the Kwame Nkrumah Circle flood and fire disaster; and (d) first major GIIF financing of part of the prestigious Terminal 3 at the Kotoka International Airport.

The debate on the petroleum funds needs our careful attention. The TSA and T-Main achieve useful cash and treasury management goals but cannot be used to ‘sweep’ the Petroleum Funds indiscriminately to override the Constitution and PRMA. Given the PRMA’s balanced fiscal objectives, we must resist the urge to spend or consume at the expense of debt management, investment and contingency goals.

The conventional goal of sweeping to centralise idle funds must respect the PRMA rules. We have stopped transferring money from the ABFA to GIIF and, since paying off the 2007 Sovereign Bond, we have not made any further redemptions, even though we are adding to the total public debt. The current attempt at ‘sweeping’, presumably for consumption or recurrent expenditure, will further dilute the purpose of the PRMA.

Past MOF ‘sweeps’ resulted in inevitable mistakes and reversals were made for SOE and other statutory funds. Governments always come under pressure to move funds from buffer or stabilisation and investments funds into consumption. To yield is not to use our natural resource endowments effectively, to achieve a desirable fiscal balance.

In 2014 and 2015, the government came under intense pressure under the IMF programme to ’sweep’ the Sinking Fund and GIIF to reduce the deficit, even after the Minister appeared in Parliament to reduce expenditure. Had we succumbed, we would have had difficulty in redeeming the 2007 Bond as well as missed the opportunity to use GIIF to support the construction of the elegant Terminal Three at Kotoka International Airport (KIA).

More importantly, we will stand accused, as some nations, for using our oil revenues for consumption. The PRMA is achieving its investment, spending, stabiliser, heritage and contingency goals and we must protect it.

The writer is the immediate former Finance Minister