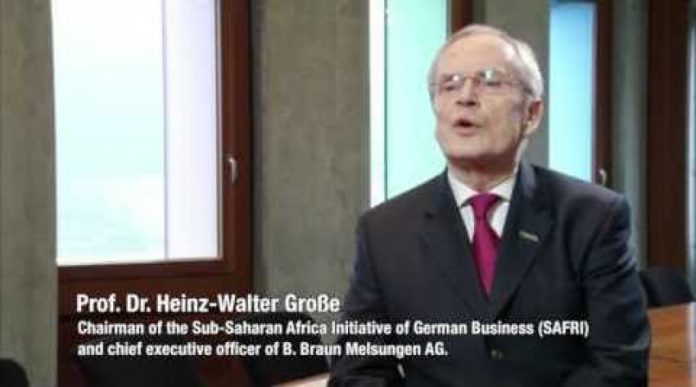 The GABS is Germany’s signature business event in Africa, where top business and government leaders from Germany and Sub-Saharan Africa meet every two years to discuss and promote economic relations between Europe’s largest economy and the fastest-growing region in the world.

GABS is to be organised by the Sub-Saharan Africa Initiative of German Business (SAFRI), which serves as a voice of businesses to policy makers in Germany and Sub-Saharan Africa, chaired by Professor Dr. Heinz-Walter Große, the SAFRI Chairman.

The previous GABS was hosted in Nairobi, Kenya.

At a news conference in Accra on Thursday, Mr Christoph Retzlaff, the German Ambassador, said more than 500 German and sub-Saharan African high-ranking representatives from business and politics would attend the summit, which is expected to be graced by President Nana Addo Dankwa Akufo-Addo.

In addition more than 350 German and African companies, 16 German ambassadors from some African countries as well as government representatives from Ghana, Equatorial Guinea, Benin, Liberia, Nigeria, Tanzania and Togo would participate in the summit to be held in Accra.       The summit would focus on new opportunities as well as learn from experiences of German-African business relations.

Mr Retzlaff said the summit would provide the opportunity for German businesses to invest in Africa, while creating jobs and transferring technology to the Continent.

Mr Michael Blanks, a member of the German Industry and Commerce (AHK) Delegation, said the summit would be the biggest ever German Africa event to be hosted in Ghana, which was one of the fastest growing countries in the world.

He said both the big and small companies would be featured at the three-day summit, and that particular focus would be on the SMEs, with its young entrepreneurs and young businesses.

He said companies that were dealing in vehicles, cables, pharmaceuticals, transport and logistics would also participate, and expressed the hope that such companies would take advantage of Ghana’s promising and growing population to enhance businesses.

Mr Blanks said he expected that out of the summit would emerge the “foundation of long-standing business relation that would lead to strengthening ties in trade, investment and cooperation,” which is a win-win situation for both Ghana and Germany.

Mr Philip Kuck, the Manager of German Desk, said as part of the activities for the summit, the Access Bank Ghana, the Delegation of German Industry and Commerce, and the German Development Bank KfW, would inaugurate the German Desk, a new service for German SMEs.

The German Desk would enable companies to gain access to financial support and solutions that combines all the products and services offered by Access Bank with the network and support industry and commerce.

The range of services extends from setting up a bank account through trade finance products and transaction banking to credit lines or investment financing for local companies wishing to acquire German equipment or export to Germany.