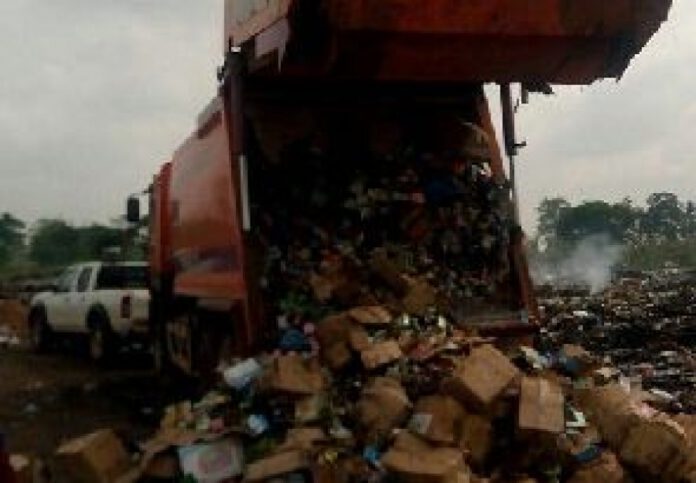 The goods were confiscated by the authority during its inspections this year.

The FDA inspected 1,125 shops in 22 towns and communities across 17 municipalities and districts in the region to ensure that safe and quality products were offered for sale in the market.

The Brong Ahafo Regional Head of the FDA, Mr. Matthew Gyang Nkum, disclosed this at a press conference in Sunyani to brief the public on the disposal of the unwholesome goods.

He advised the public not to patronise unwholesome goods, especially during festivities such as Christmas.

Mr Nkum also advised the general public to be extra vigilant to avoid purchasing products whose packaging and labelling had been tampered with.

He called on shop owners to avoid cooking or engaging in other activities in their shops because it increased the temperature in the shops.

That, he said, reduced the shelf life of the products and attracted harmful insects which could contaminate the products.

He stated that labelling was vital for the safe and efficacious use of products and called for proper labels and information such as a list of active ingredients and their qualities, directions for product use, storage or handling conditions and warnings.