The Central East Regional Police Command says it does not suspect any foul play in the Buduburam fire outbreak that wiped out a family of seven last Saturday dawn.

ACP Oduro Amaning, the Deputy Regional Commander, said even though the Police made some observations at the scene of the incident, they could not make any definite conclusions until the fire service completed its investigations.

“We don’t suspect any foul play and that’s why we are waiting for the fire service because they have gone to the scene and they have gone round and so they will see.

“…Sometimes we see certain things, but we wait for their outfit to give us their report to enable us to add our input and make it a full report for the authorities,” he said. 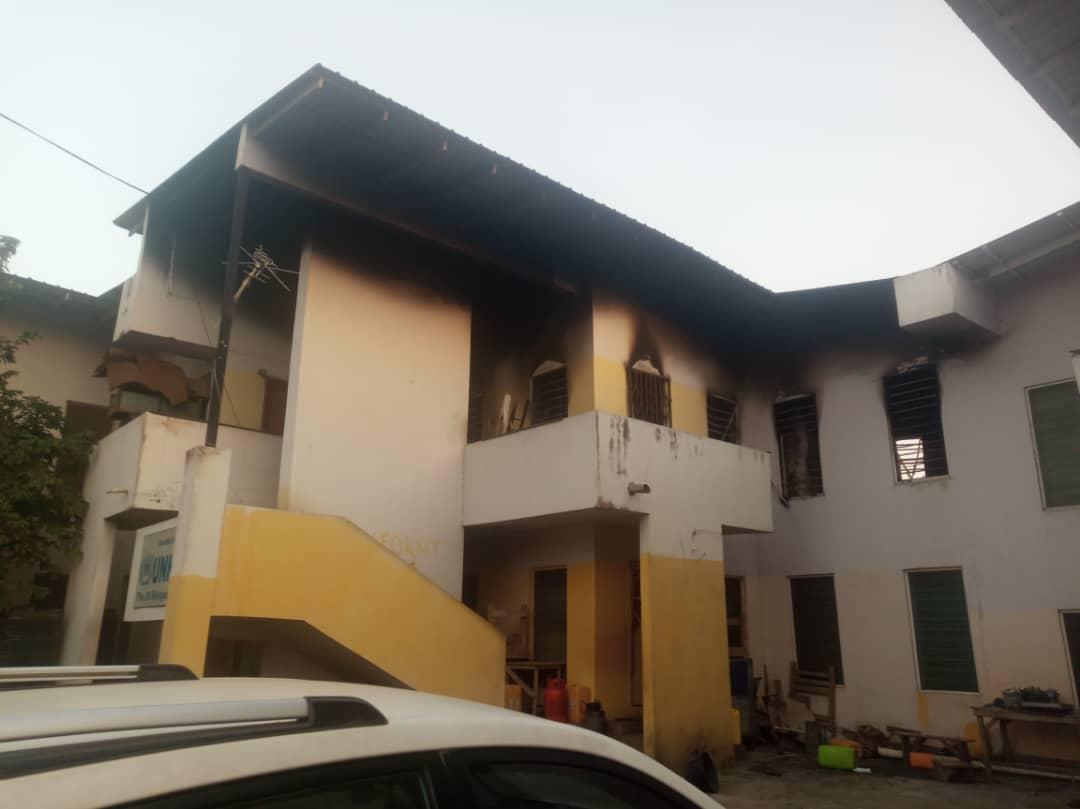 A basic school headteacher, Mr. Robert Assan Donkor, his wife, Doris Agyeiwaa, and five children were burnt beyond recognition in his bungalow at Big Apple on Saturday, January 15, 2022.

The Deputy Commander, speaking on what the police has gathered at the scene said the 39-year-old wife and four of the children were the first to be found in one of the rooms, burnt beyond recognition.

He said the husband, Mr. Robert Assan Donkor, and one child were later found trapped in the toilet in the same state while the last was found at another place.

“We deposited the bodies at the Saint Gregory catholic hospital mortuary,” he said.

ACP Amaning further advised the public to be cautious of the use of home appliances to avoid fire accidents.

“Let’s keep our electrical gadgets like radios and TVs off when we are not around or when we are sleeping. Many people leave their radios on when they are sleeping; that is not a good practice,” he said.

Meanwhile, DOIII Abdul Wasiu Hudu, the Central Regional Public Relations Officer (PRO) of the Ghana National Fire Service (GNFS) has said his outfit was yet to unravel the cause of the fire.

Without stating any specific timelines, he said: “We are still investigating the cause of the fire. We have not found the cause yet but we are on it.”