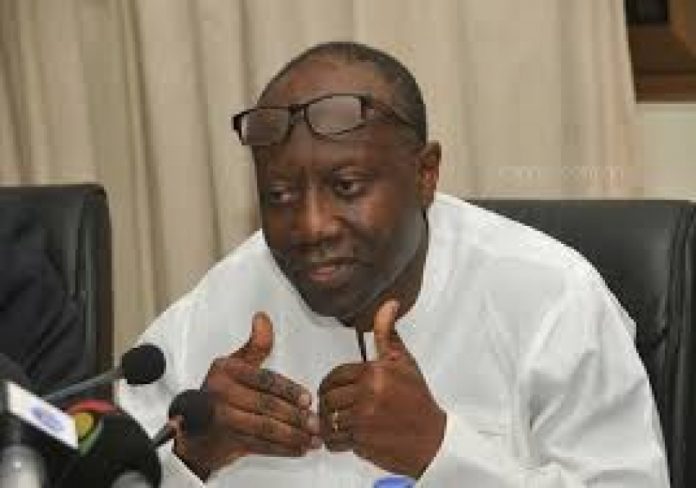 Speaking on Point of View on Citi TV, Ofori-Atta said going forward, the Ghana Revenue Authority will come out with ways of gathering such information.

He said gathering information on mobile money transactions “is not something we are reversing.”

“I met with the ministry of communication about ten days ago [over the issue] and I think we have a solution in which the GRA steps in to gather that information,” Ofori-Atta assured on The Point of View on Monday.

He told host of the Show Bernard Avle that the central bank was only worried about disclosure of such information because the law restricts it.

“The Bank of Ghana is basically worried about the issue of the sanctity of information because what the telcos have done is to create a subsidiary company [to manage mobile money operations]…and as soon as you create that it makes Bank of Ghana the supervisory body because you are dealing with credit. But then the Finance Ministry has assurance on anything,” he added.

The Bank of Ghana’s refusal to release data on mobile money transactions to the Communications Ministry sparked a feud between the two entities.

The Communications Ministry in a series of letters asked the Bank of Ghana to release the data to a private contractor, Kelni GVG, which has been tasked to verify the amount of revenue generated by telcos.

The Ministry specifically requested for disclosure of customer balances, transaction amounts, date and time of the transactions.

However, the Bank of Ghana declined to grant the Communication Ministry’s request, arguing in a letter signed by its Secretary, Frances Van-Hein, that disclosing such information will breach the guidelines of Electronic Money Issuers and Data Protection Act.

But the Communications Ministry did not take the BoG’s position on its request lightly.

Expressing derision over the letter from the BoG, it stated that further communication from the Central Bank to the Ministry should be from the Governor.

The Finance Minister on the Point of View was hopeful that government will be able to put to rest.