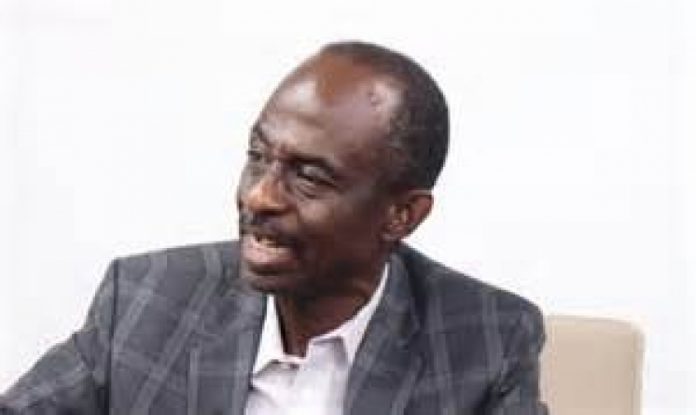 The NDC during its recent regional elections, outdoored new vigilante groups; the Hawks, Lions and Dragons.

The vigilante groups according to General Mosquito is a “proper response” to the “recalcitrance of the ruling government and their refusal to do anything about vigilantes on the NPP side”.

In a statement reacting to Mr. Nketia’s endorsement, the “saddened” NCCE said, “The NCCE, as an independent governance institution, vehemently condemns the statement endorsing the formation of the NDC vigilante groups. The Commission takes the opportunity to, once again, remind all political parties of their responsibility towards the preservation of peace, law and order in our democratic dispensation.”

But in response, the NDC scribe seeks answers to where the NCCE was when President Nana Akufo-Addo “recruited and brought in mercenaries to train and establish the para-military wings of the New Patriotic Party” in 2015 prior to the 2016 general elections.

According to Mr. Nketia, the condemnation by the NCCE “has come in rather too late in the day. We have allowed the NPP to perpetrate these acts of injustice to our members for far too long. We shall not miss any opportunity to protect the lives and property of our people.”

He said the NCCE like many other organisations, failed to condemn the NPP for forming terrorist groups who attacked persons perceived to be against President Akufo-Addo and the NPP.

“We didn’t hear the NCCE when the South African mercenaries were arrested and deported. Several attempts to get the moral society to speak and condemn this act of forming a terrorist group proved futile; their Rambo styled attacks against NPP persons purported to be against Candidate Akuffo Addo was replete in the daily news reportage,” Mr. Nketia noted in a statement.

Meanwhile, he said, the NDC is prepared to disband its vigilante groups after government shows commitment to protect the lives and properties of members of the NDC by “disarming and disbanding the NPPs numerous vigilante groups; arresting and prosecuting all NPP members who have been cited for various breaches of the law through vigilantism”.