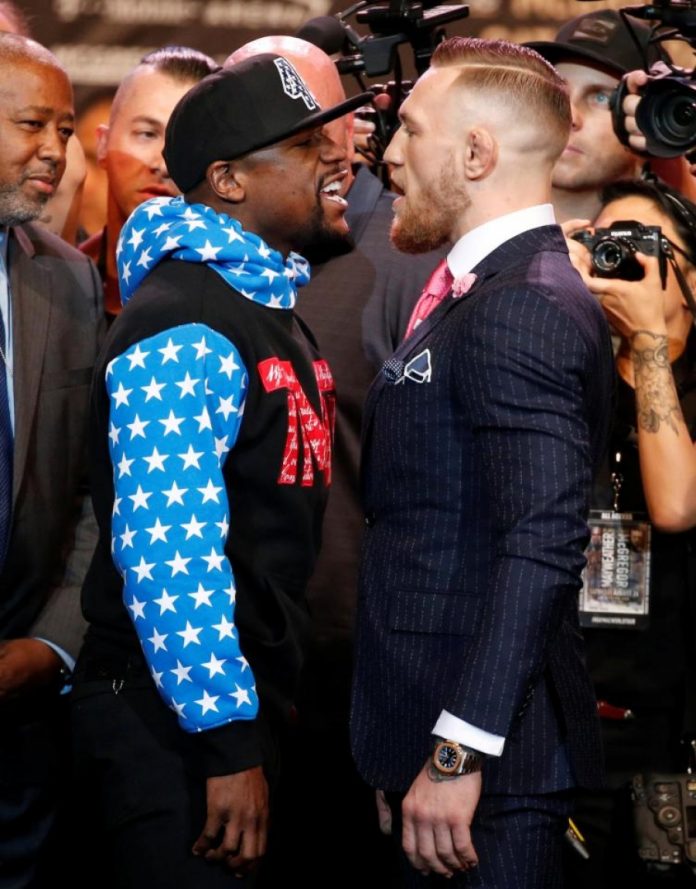 CONOR MCGREGOR stole the show at his first face-to-face clash with Floyd Mayweather and claimed he’ll knock the American out inside four rounds.

The Irish MMA star was his usual brash self at the Staples Center in Los Angeles on Tuesday in the first of four press conferences this week ahead of the August 26 mega-fight.

And McGregor wasted no time in running his mouth in typical style in front of a somewhat subdued Mayweather.

The 28-year-old mocked Mayweather for wearing a tracksuit, saying he “can’t even afford a suit anymore”.

“He will be unconscious in four rounds. The movement power, ferociousness, he’s not experienced this.

“This limited set of skills isn’t even a true fight.