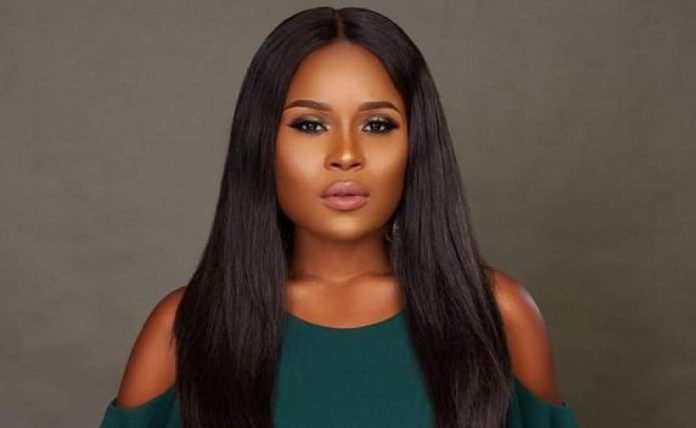 She castigated the host for dissecting her issue and passing judgment on her when Berla Mundi herself, Yvonne claimed, is equally guilty of the same offence she is being hanged for.

Without mincing words, Yvonne took to twitter calling Berla Mundi a “liar” who assembled “clueless” people to talk about her relationship.

Even though Yvonne Nelson is reported to have said that the man who fathered her baby was at the verge of divorcing his wife during their amorous relationship, Berla Mundi said going to bed with a married man was a condemnable act.

“That is wrong, we shouldn’t condone it,” Berla Mundi said on The Late Afternoon Show on GHone on Friday.

Few minutes later, she went back to twitter to vent her anger again, tweeting at Berla Mundi.

“@berlamundi Don’t rain curses into your 2018. A bunch of bitter women in this industry,i’m only commenting on this because I thought you were smarter than the rest and because I casted you once.”

Yvonne Nelson recently opened up in an interview she granted Wow Magazine that the man who impregnated her did not propose to her but she agreed to carry his baby.

“It’s quite funny because someone proposed and I didn’t even get to have a baby for the person and then this person who hasn’t proposed I’m having a baby for him, so it’s a vibe, it’s friendship, its understanding, it’s how happy the person makes you,” she said.

“@berlamundi you’ve been dating a married man and you have the guts to spread lies about me on your show with your clueless guests….do some research, go on @myeyeswide and find out since it’s your job to disscuss rumors and people. you claim you are all about empowerment…..,” Yvonne said in her tweet.