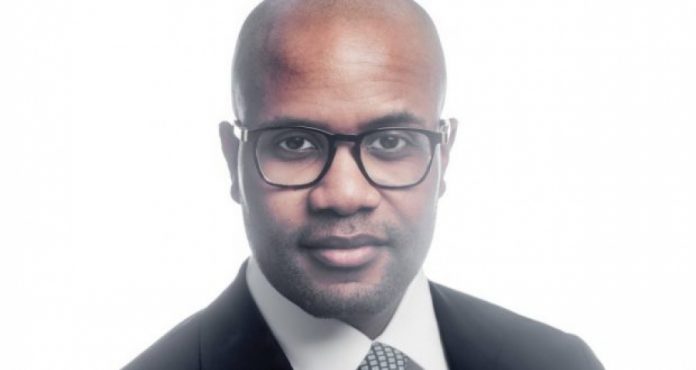 Because you never know what’s going to happen with the Ghana Cedi – but right now I’m concerned about the US Dollar. The experts say its going down:

Some people who get paid to be smart about forex believe that the value of the dollar could drop against the Euro next year. One projects a drop of up to 10%:

TLDR: African Countries have a lot of cash tied up in USD reserves. If USD value is projected to fall again against other reserve currencies (by up to 10%) is it really unreasonable to risk 10% of those reserves on an emerging asset that will likely appreciate on the news that these Central Banks have bought Bitcoin? Investing in many things is just a confidence game. They’ll never do it (and probably should not). But if the Bitcoin Bulls (below) and the Dollar Doves (above) are right, and these Central Banks don’t do something (it could just be re-balancing their reserves), they could be unnecessarily prolonging gut-wrenching human suffering on the African Continent.

Everyone knows what Bitcoin is right? I was accused by an ex-employee of billing myself as a Bitcoin expert. I’m not. This guy probably is: https://lopp.net/bitcoin.html

This guy wrote a solid paper (read that and argue with him if you hate Bitcoin). I read about magic internet money in my spare time and write about it because the entire ecosystem is hilariously exciting.

I am a lawyer/member of a family business group/small time investor. My only interest in this particular bombastic argument is a kind of black globalist fomo (fear of missing out). Look at the map above. Bitcoin nodes are all over the world but Africa is a very conspicuous dark spot. Africa keeps getting left behind. Not just Africa, Africa and the Diasporas created as a result of economic migration and the transatlantic slave trade.

I don’t like it. Our family business group invests in triple bottom line businesses to try and correct it, but we’re just plucky business people with high risk tolerance. Our impact is limited by our ability to raise funds to invest in “frontier markets” with “strong headwinds.” It is very difficult.

Politically, I feel like if the economic scales are not balanced soon, when the sun goes out, people with a high portion of melanin in their skin will be grossly underrepresented on the spaceship. And humanity would be worse off for it. Every kid born everywhere is a potential savant. Our current implementation of the international order clearly does not prioritize optimizing this potential. You could argue that our systems are set up in direct opposition to this concept.

Anyway, at Ghana’s independence, Kwame Nkrumah called for a “United States of Africa” which, in terms of poverty alleviation, makes a lot of sense. What we have instead is a bizarre collection of arbitrary borders with countries that, improbably, trade more with developed countries than their neighbors. Try traveling by road from Lagos to Dakar.

What if this continent could finally build consensus around a new digital reserve asset – and figure out ways to fund infrastructure development by leveraging it?

You’ve probably seen the predictions. Mark Yuso, Catherine D. Wood, Mike Novogratz, James Altucher, Ronnie Moas, Paul Brodsky, Tim Draper, Willy Woo the Winklevoss Twins – the list goes on. They’re Bullish on Bitcoin and holding on to it. It’s going up till it hits the moon. There are some very smart people who believe that the ideas behind this space, and Bitcoin in particular, are bigger than the ideas behind Facebook, Amazon, Apple, Netflix and Google combined.

These are VERY ROUGH numbers that illustrate what I’m talking about***:

So let’s assume that all these reserves are in US Dollars for simplicity’s sake. You bet $11 Billion. Potential gains could be $55 Billion or more if BTC surges past the 6 figure barrier. Or BTC could go to zero… On the other hand these countries could lose that much value if they’re not hedging their reserves appropriately so – what’s the big deal?

No one can predict the future. So is the risk worth potentially $44 Billion more US dollars to import the assets necessary to industrialize and alleviate poverty? Maybe. The economic structure of many of these countries is maddening. Simple adjustments could end much more poverty, much faster. And in some ways its not any more unreasonable than things these countries already do.

Ghana, for example, issued Eurobonds at rates nearing 10% in a currency that they don’t print. This is while the tax net was to thin, state expenditure was too high and money was leaking everywhere due to corruption. One investor looking at one of our businesses said “well what are we going to charge you if the country borrows at 10%?”

And the financial news media reports on it like its not a crazy thing to do!

There would be other benefits.

In Ghana there was a recent change in the governing political party. The new party promptly issued press statements saying that $1.6 Billion in expenditure was not disclosed by the prior government.

I have not reviewed these claims in detail, however, a rouge president / party can easily raid central bank reserves. That’s not so easy with reserves on a public blockchain that has never gone down and has the data being broadcast for free on a network of satellites.

Citizens can put alerts on the address and you’ve put some potentially deflationary assets in reserve and definitively off limits to political sticky fingers. And eventually you can borrow against them to build things these countries desperately need.

So in 2018 I will be looking for the first African Central Banker who says – I’m tired of putting my hat in my hand and begging – let’s take some risk and dig into this new global, permission-less, robust and extensible financial ecosystem. Everything we need to learn is for free on the internet. I won’t be holding my breath.

***Some reserve figures are 2015 data. I chose these 13 countries because English is spoken widely in each.