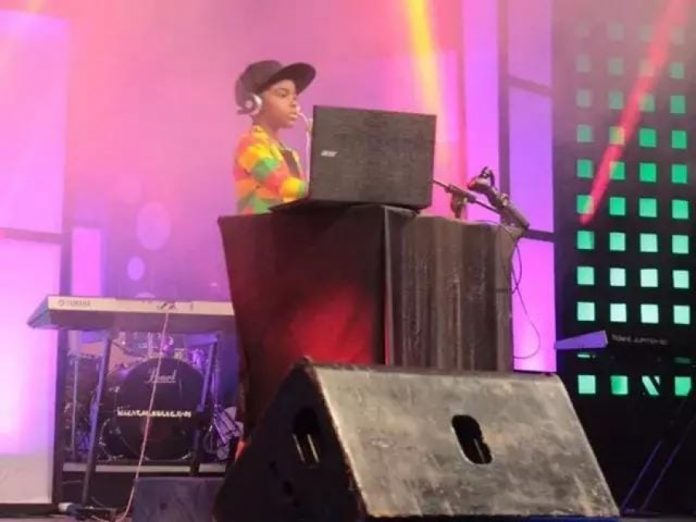 After 13 weeks of the competition, DJ Switch emerged the winner at the 8th edition of TV3’s Talented Kids, a show that aims to showcase the talent in young kids. Young DJ Switch went home with GHC 10,000 cash prize, GHC 6,000’s worth in educational fund, plus products and souvenirs from the show’s sponsors.

The duo Naquel placed second and was awarded a GHC 8,000 cash prize, while 12 year old Christian Morgan from Cape Coast placed third and went home with a GHC 6,000 cash prize. Both runners up also received products and souvenirs from the show’s sponsors.

Prior to the show’s finale, which was held last Sunday at the National Theatre, DJ Switch had a rare opportunity to have a prep session with DJ Black on Thursday. After their session, DJ Black had nothing but praise to say about young prodigy.

The veteran DJ described DJ Switch as one who is “sharp” and “eager to learn” and, if anything, when it comes to DJ’s in Ghana no praise weighs more than DJ Black’s.