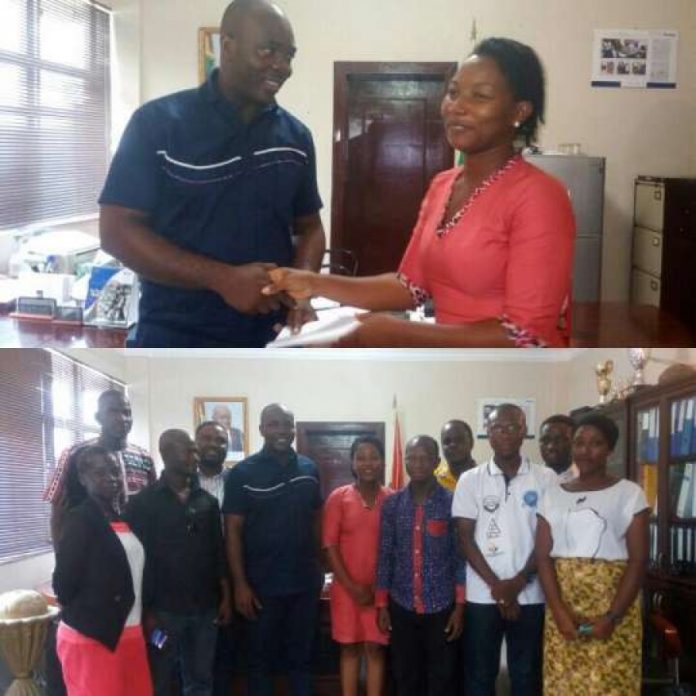 Mr Isaac Kwame Asiamah, the Minister of Youth and Sports, said at the moment all existing government-sponsored youth initiatives were under different ministries, which was making their harmonisation and co-ordination very difficult.

He said even though the National Youth Authority (NYA) should be playing that role, as it stood now it had it did not have the constitutional mandate to harmonise and co-ordinate the activities government-sponsored youth initiatives.

Mr Asiamah made these revelations in Accra, when executives of the Ghana Youth Development Enhancement Programme (GYDEP) Coalition of civil society organisations paid a courtesy call upon him.

The aim of the courtesy call is to congratulate Mr Asiamah on his new appointment and to afford the group an opportunity to remind the Minister of the promises of the New Patriotic Party (NPP) toward youth development.

GYDEP membership include the Foundation for Security and Development in Africa (FOSDA), Youth Empowerment for Life, Centre for Development and Policy Advocacy, Nkonya Youth Association, National Network of Youth Groups in Governance and the Ghana Federation of Disability Organisation.

Others are Yendi Youth Coalition, Youth ICONS Ghana, Bongo Youth Association and the Centre for Active Learning and Integrated Development.

He said the creation of the YDA and YEF, was to translate the NPP’s manifesto promise in the 2016 general election into action.

He explained that the YEF was going to be different from the YES, which had no constitutional back.

He said the government was committed to empowering the youth through skills development, job creation and sports.

Mr Asiamah said government would ensure that the youth constitute the major source of human capital for the transformational agenda of the country.

He said in order to implement the National Youth Authority Act 2016 (ACT 939) The Ministry was working on a Legislative Instrument (LI).

Mr Hadzide lauded the Coalition’s efforts in championing the course of Ghana’s youth.

He said in other countries, youth initiatives such as the National Service Scheme were under the authority of the Youth Ministry.

On government’s intention to establish the YDA, Mrs Anti said in the opinion of the Coalition:  “We are very much in support of a coordinating body to harmonise all government sponsored youth development initiatives.

“However some consultation must be done to help define the nature and function of this body.  The Coalition further recommended that government should rather strengthen and resource the NYA at the national, regional and district levels to play this role to avoid duplication.

“We may have to review the NYA Act to give it that mandate.”

Mrs Anti, who is also the Programme Officer of FOSDA, said the NPP’s 2016 manifesto, which promised ‘offering tax incentives to young entrepreneurs to encourage them to initiate start-ups’, was a laudable proposal.

She however, cautioned that measures should be put in place to ensure its effective implementation to avoid abuse.

“We need robust and indisputable Statistics on youth entrepreneurs/ enterprises as well as youth employment in general for effective implementation,” she requested.

She urged government to consider the youth agenda in the manifestos of other political parties such as the Convention People’s Party and the National Democratic Congress, since they also contain brilliant ideas for the promotion of the nation’s socio-economic agenda.