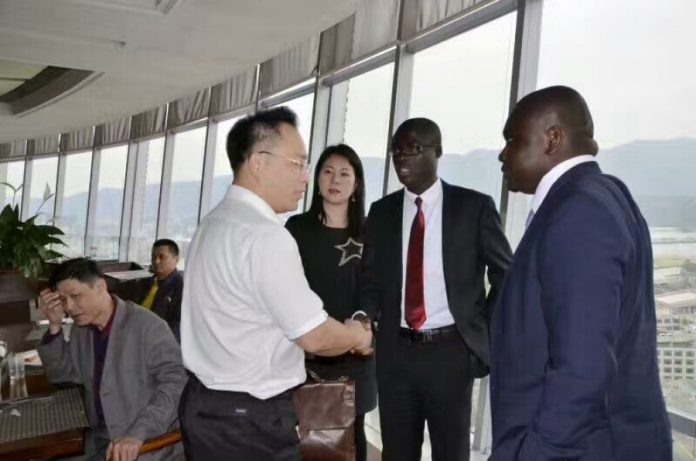 The Director of Bureau of Economic and Information Technology of Zhaoqing City, Mr Wang Zhe has applauded the Government of Ghana for creating a friendly business environment for the private sector to flourish.

He noted that, China in the past 20-30 years was like the present Ghana and same or similar policy was implemented by the then Government of the Republic of China and the results is what China is today.

“We will champion and support the Ghana Government to implement it’s private sector growth policy successfully”, he said.

“We are committed to setting up an organisation to assist the Ghana government and Chinese private investors with operational and technical advise and expertise, a strategy to mobilise investors and create educational and investment platform to boost the two countries economy”, he added.

Mr. Wang said these on Monday during an interaction with Ghanaian representatives who honored the Zhaoqing Municipal Government invitation.

The leader of the delegation, Dr. Charles Dwamena thanked the Chinese government for the interest they have shown in the One-District-One-Factory policy and other initiatives by the Nana Akufo-Addo-led government, and for their readiness to support the NPP government to grow the private sector as the Chinese did some years back to boost their sector which has grown their economy to become the world’s number one.

Dr. Dwamena promised the investors of friendly and secure environment to grow their investments and that of their Ghanaian counterparts.

In a related development, the Managing Director of Zhaoqing Television Station, Mr. He Jing Ming at an investment cconference organised by ACIG and Zhaoqing Entrepreneurs Management Association has described the Ghana Government policy as a transformational plan to change the face of Africa into an industrialised economy.

Mr. Jing Ming indicated that the media has a role to play to see to the realisation of this policy. He disclosed that a lot has been said about African countries to the West and the East but no one can tell the African story better than Africans themselves and therefore, it’s time for African leaders to go out there boldly and tell the world about the good things on the continent.

“The One District One factory policy of the Ghanaian Government is also one of the best plans on the African soil to help Private investors flourish no matter which country you are coming from”, he concluded.

The New Patriotic Party (NPP) Government One District One Factory Policy which has received boost in the Peoples Republic of China is yet to move most of the Chinese investors from the Gold mining sector to the manufacturing sector.