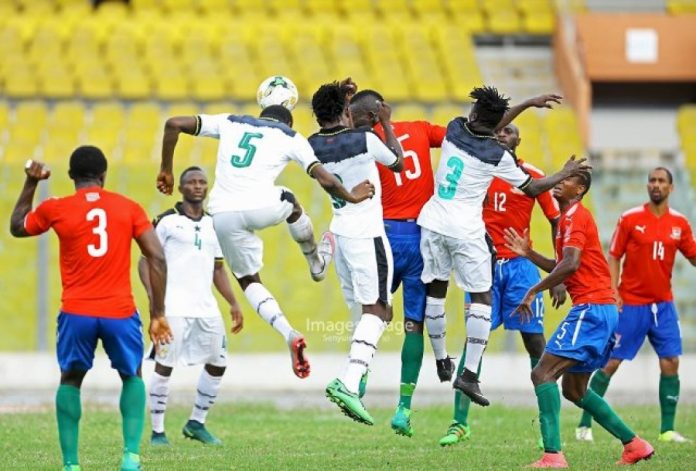 The local contingent of the Black Stars who are aiming to qualify for the fifth edition in Kenya will be left disappointed after twice surrendering a lead.

Asante Kotoko striker Sadick Adams, who is fast becoming a penalty expert opened the scoring for Ghana through the spot after Hearts playmaker Winful Cobbinah’s free kick was handled in the box.

The Black Stars took the lead into halftime but that was quickly canceled seven minutes after recess when Sylla Mohammed put the ball beyond the reach of Aduana’s Joseph Addo.

A splendid piece of play by Winful Cobbinah opened up the Burkinabe defence to allow WAFA’s Gideon Waja to restore the lead for Ghana.

With minutes to end proceedings, Illiase Sawadogo denied Ghana a priceless away victory after capitalizing on a defensive mix up to level the tie for the second time.

All to play for in the second leg in Kumasi but Ghana will take solace in the two away goals they scored which could prove decisive in the end.