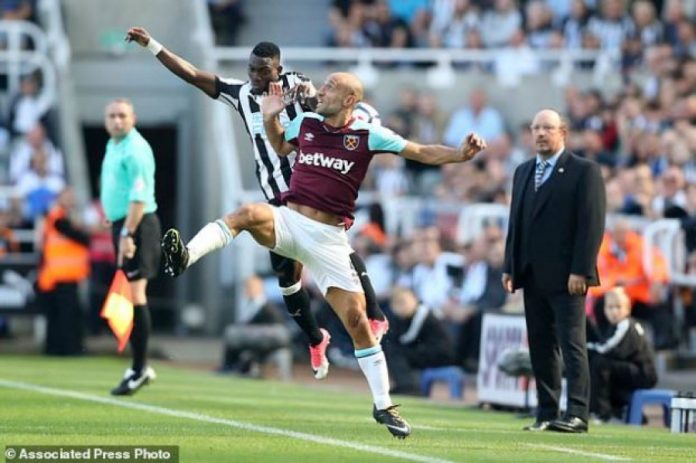 Atsu played a key role providing his first assist of the season to help Newcastle earn a 3-0 victory at St. James Park.

But Andre Ayew failed to inspire the Hammers who were condemned to a third successive defeat.

Joselu netted the opener on his full Newcastle debut in the first half, finishing into an empty net after Christian Atsu’s unselfish square ball. The winger was released through on Joe Hart, before squaring for Joselu to bundle home.

Newcastle grabbed a second with 18 minutes remaining through Ciaran Clark, who rose to head home Matt Ritchie’s fine ball from the right.

Sub Alexandar Mitrovic put the cherry on the cake after rounding Joe Hart in the 86th minute, and the result means West Ham are bottom of the Premier League with no points and 10 goals conceded from three games.

Ayew came close to scoring in the first half, but his long range effort was curled well over the crossbar.

The former Swansea forward was substituted on 70 minutes.

Atsu and Ayew are expected in the country on Monday to start preparations for Black Stars World Cup qualifier double header against Congo.