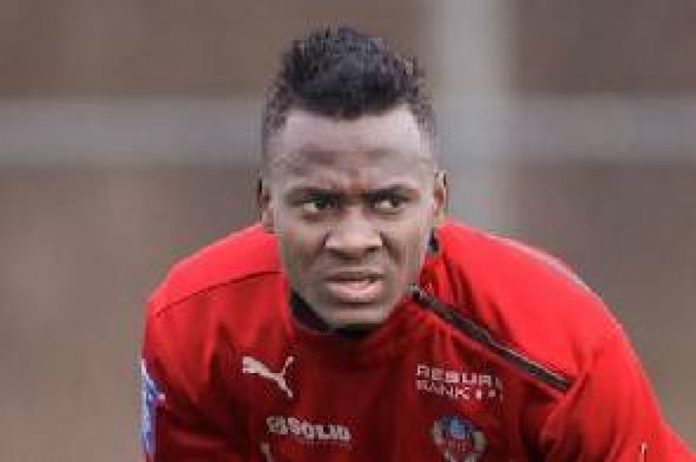 “For me, this year is the year for Chicago Fire. We have nothing to lose this year, and I’m so confident that we’ll do great things.”

Speaking with ESPN FC from preseason camp, David Accam is feeling positive for the first time in a long time. After two years in which his individual play drew praise but not enough points for a losing Chicago team, Accam has noted the offseason influx of players like Dax McCarty, Nemanja Nikolic and Juninho, and is looking forward to finally enjoying a positive season in a red jersey.

It’s personal for Accam. He has only been with the club since just before the start of the 2015 season, but amid the churning turnover in Chicago, he’s now one of the most longstanding players on the roster. Technically, homegrown fringe player Collin Fernandez is the most longstanding player with the organisation, but he has only played a handful of games, while the designated player Accam has become the default face of the team, for better and worse.

At best, the Ghanaian has had blistering pace and has stretched opponents on the counter when they’ve tried to camp in his beleaguered team’s half. At worst, he’s been expected to be all things in attack; and as the team concentrated on defence in the first phase of Veljko Paunovic and Nelson Rodriguez overhauling the team yet again last year, the burden of that clearly weighed on someone who sees himself as an attacking player but not an outright striker.

“I have to be honest to myself. I’m not a goal scorer or striker who scores a lot of goals, but I bring a lot to the team,” Accam said. “I put players under pressure, take players on and look to create chances for the team.”

And with Nikolic arriving to reinforce the late summer arrival of Michael de Leeuw, there should be more opportunity for Accam to assume a more natural position as a worker among attacking workers, rather than bearing the sole burden of scoring goals.

“I think our style of play is going to change a little bit because we have two good players who are good finishers and can score a lot of goals,” he said. “So for me, the issue is to complement them, try to give them the ball, create chances for them to score the goals and, if I can, chip in some of the goals.”

If that all sounds upbeat, it’s been a hard-won optimism. Chicago was the original expansion success story, but by the time Accam arrived, it was deep in a malaise that showed no signs of ending. Several seasons without playoff soccer had left the popular impression of Chicago as a team being bypassed in the rapid expansion era of MLS, and whose principal characteristic seemed to be underperforming designated players quickly passing through its ranks.

Accam seemed different, though, the Ghanaian had a spark about him and offered moments of flair to leaven the gloom over Toyota Park. And despite offers from elsewhere, he’s hung around Chicago long enough, during the peak years of his career, to recognise that whatever happens now, Chicago’s story is in part his story.

“Everywhere I’ve gone, I’ve really left a mark there — every team I’ve played at,” he says. “And for me, since I came here, I don’t think I’ve really left a mark here in these last two years. People call that failure, and that’s not what I want people to remember me as. I want people to remember me as someone who had done something for this club, someone who’d helped them make the playoffs or win an MLS Cup. To be honest, I have this year to do that.”

The latter aside is perhaps a reference to Accam being in the final year of his contract, with a club option for 2018. Talks broke off on a contract renewal in December, and there have been multiple rumours around Europe linking Accam with a €3 million asking price from the Fire. But thus far, the main interest has been from clubs looking to take the player on loan. But as a point of pride, Accam may feel that after waiting this long for Chicago to turn the corner, and having endured a painful rebuilding season last year, he’d like the recognition of his part when they finally come good.

Certainly, Accam echoes comments made by Dax McCarty last week about the barriers to success being less about talent and more about the mind.

“We all know what has happened the last two or three years, and nobody is happy about the results and how the team has been doing,” Accam said. “We have enough players who want to win now; we did have good players, but mentally we were weak and didn’t know how to win games. But now with a lot of new additions like Juninho, Dax and Nikolic, we have players who’ve played at a high level and know how to win games, and they want to win as well.”

There is a bigger picture at the Fire: Rodriguez has been assembling a roster for the future with various trades throughout the past year that have focused on long-term contributors rather than the short-termism that has undermined the Fire in the past. Whether Accam becomes a rolling part of that revolution or a placeholder for a more integrated player remains to be seen. What’s clear though is that Chicago’s management has moved up the timeline on trying to bring a successful team together and that all the players, including Accam, can feel that urgency for 2017.

“Obviously, the top priority of this team is to build a championship team for the future, but the immediate team want to win games,” he said. “So for me, this year is the year for Chicago Fire.”