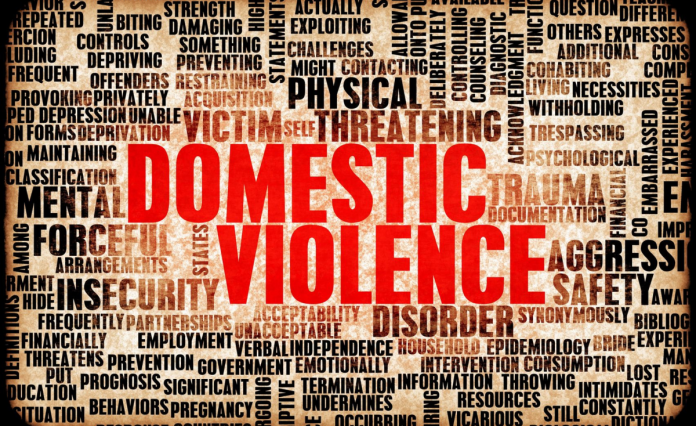 Imagine the front page of a national newspaper captures the story of a prominent male citizen who has experienced domestic violence that has left him physically and psychologically bruised.
The debate will immediately focus on the “wicked” wife; whether she has been arrested and dealt with by the law and questions about whether the institutions and systems put in place to address such issues are really working.
Though men are often victims of domestic violence, women and children are disproportionately affected.
Gender based violence (GBV) or violence against women and girls (VAWG) is a global pandemic that affects one in three women in their life.

Even though Ghana has not yet released any official data, cases of domestic violence are much on the rise especially during this era of the Coronavirus disease (COVID 19) pandemic.
Government’s restrictions on people’s movement coupled with the fear of contracting the virus has forced many to stay at home.
Consequently, victims of domestic violence are always within the reach of their abusers.
Defilement, rape, physical assault and emotional abuse amongst others are all rising astronomically.
Despite the extensive evidence on the negative effects of domestic violence on the well-being of the individual, justice in many cases eluded the victims because of their inability to pay huge sums of money for the endorsement of Police forms by medical doctors.

The Act outlines a number of critical issues to be dealt with in a domestic violence situation.
Legislative Instrument (L.I. 2237) outlines interventions for domestic violence survivors such as payment of medical bills, access to the Domestic Violence Support fund and provision of shelters.

Domestic Violence Fund
The parent Act mandates the establishment of a Domestic Violence (DV) fund, purposely to mobilise resources to support victims to seek medication or social justice.
Sources of money for the fund include; voluntary contributions from individuals, organisations and private sectors, monies approved by Parliament and other sources approved by the Minister responsible.
Regrettably, social intervention issues in Ghana lack the required national attention.
Since the establishment of the Coronavirus disease (COVID-19) Fund, Ghanaians have shown a collective sense of patriotism and support by donating into the fund to help the government to combat the pandemic.
This is in the right direction, but the question one has to ask is why are Ghanaians not contributing into the fund established to help domestic violence victims just like they were donating into the COVID 19 Fund?
Several victims of Domestic Violence in the country are left to their fate and it is disheartening many of them cannot afford to seek medical care because they are unable to pay for their hospital bills or afford to access justice.

As a country, there is an urgent need for a national fundraising effort to generate enough money for the domestic violence fund.
By so doing, public institutions such as the Domestic Violence and Victims Support Unit (DOVVSU), and the Social Welfare Department could access the fund and support victims of domestic violence to seek medication and social justice.
Ms Noelle Appiah, the Programmes Manager of the International Federation of Women Lawyers (FIDA) has appealed to individuals and organisations to contribute into the fund as a corporate social responsibility.
With it, the provision of free medical care for victims of domestic violence, as enshrined in the Domestic Violence Act could be enforced, she told the Ghana News Agency (GNA) in an interview.
“This can work if it is integrated into the National Health Insurance Scheme”, she added and advocated nationwide construction of shelters to accommodate victims of domestic violence who were vulnerable to further attacks.
A 24-hour call centre should be available to assist and provide relevant information to domestic violence victims.
Indeed, DV is a worst form of human rights abuse, and is imperative for all to fight and contribute towards the mobilisation of resources to empower mandated institutions to assist victims of domestic violence.