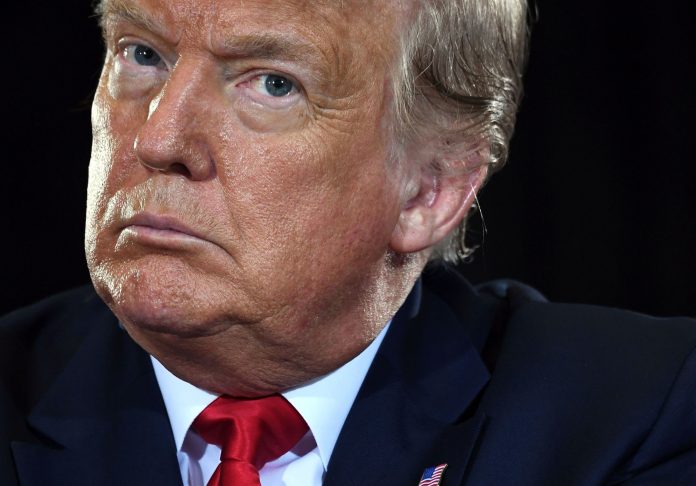 Writer E Jean Carroll has sued Donald Trump in the US state of New York for allegedly raping her in the 1990s.

Ms Carroll, 78, is among the first to sue under the Adult Survivors Act, which came into effect on Thursday.

The state law allows a one-year period for victims to file sexual assault lawsuits in New York over claims that would have otherwise exceeded statute limitations.

The former president has denied the allegations against him.

The Adult Survivors Act allows victims to come forward if the sexual assault occurred when they were over the age of 18 and took place on a date that exceeds the time limits that exist on most felonies.

It is modelled after the state’s recent Child Abuse Act, which applied to victims who were abused as minors.

The Child Abuse Act, which came into effect in 2019, allowed a two-year period for victims to come forward. Around 11,000 lawsuits were filed in New York against churches, hospitals, schools, camps and other institutions under that law.

Ms Carroll has also sued former President Trump for defamation after he accused her of lying when she first made her allegations public in 2019. Mr Trump has called Ms Carroll’s claims “fiction”. A civil trial for that case is scheduled for 6 February.

In a statement, Ms Carroll’s attorney, Roberta Kaplan, said the new lawsuit filed on Thursday is intended to hold Mr Trump accountable for the alleged assault.

Alina Habba, a lawyer for Mr Trump, told US media that, while she respects and admires individuals that come forward “this case is, unfortunately, an abuse of the purpose of this Act” and “runs the risk of delegitimising the credibility of actual victims”.

Others are also planning to file lawsuits under the new law.

This includes a planned class action lawsuit against Robert Hadden, a former gynaecologist at hospitals tied to New York-Presbyterian and Columbia University, who has been accused by dozens of patients of sexual abuse.

Mr Hadden was convicted in 2016 on sex-related charges in state court but has pleaded not guilty to federal charges of abusing female patients over two decades.

Advocates for survivors of sex abuse believe the legislation provides an opportunity for people to come forward who may not have done so previously due to trauma or fear of retaliation.

Several other states have also extended or temporarily eliminated their statutes of limitation on sex crimes in the wake of the #MeToo movement in 2018, including New Jersey, California, Arizona and Montana.