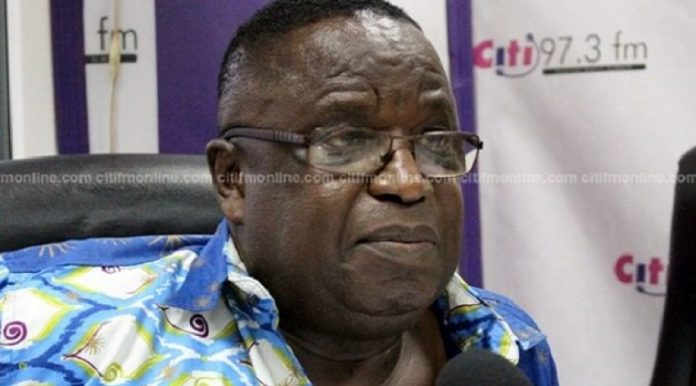 According to him, not all local banks have the weak corporate governance, high non-performing loans (NPLs) and poor liquidity challenges, among others, that contributed to the merging of five struggling banks into the Consolidated Bank Ghana Limited and the collapse of UT and Capital Bank a year ago.

He made the call on the heels of the current struggles in Ghana’s banking industry.

Ghana is currently experiencing a period of banking uncertainty with many analysts chiding the Central Bank for failing in its oversight responsibility.

But speaking on the Citi Breakfast Show on Friday, Nana Otuo stressed on the need to support local banks and the banking sector in general, since it plays a pivotal role in the country’s economic development saying “banking is so crucial to every economy including ours, it’s at the nerve centre and therefore if we try to destroy banking it means we are just shooting ourselves in the foot.”

He expressed worry over the matter, wishing that the ‘collapse’ had not occurred.

“What I am saying is that,  this thing shouldn’t have happened [but] it’s happened and part of the of the respiration confidence is this document that has been issued by the regulator called the corporate governance directive because majority of the banks that have had problems the common thread is this corporate governance or the absence of it”.

If it [corporate governance] has been enforced it has been in the other banks then they wouldn’t have got to where they are. What can we do to change the past? There is nothing we can do to change about the past but rather we take the present and move on, he added.

It emerged that the Bank of Ghana failed to enforce its regulations in granting licenses and supervising the operations of two local banks, UT and Capital Bank.

A report, available to citinewsroom.com indicated that the Bank of Ghana was complicit in the wrongful issuance of a banking license to Capital Bank.

A private legal practitioner, Yaw Oppong has said that that the Bank of Ghana erred in transferring deposits of five indigenous banks it collapsed recently.

According to him, the Bank of Ghana could not have had the right to cause the transfer when it had said that deposits are safe and had appointed a receiver whose duty it was to take charge of the assets and liabilities including deposits of the collapsed banks.

Speaking on the Big Issue, Lawyer Yaw Oppong said, “we are told that deposits of the five banks are safe and have been transferred to the consolidated bank. My question is, under what authority did the Bank of Ghana transfer the deposits? Because you have at the same time appointed a receiver and that receiver’s functions have been clearly laid out.”