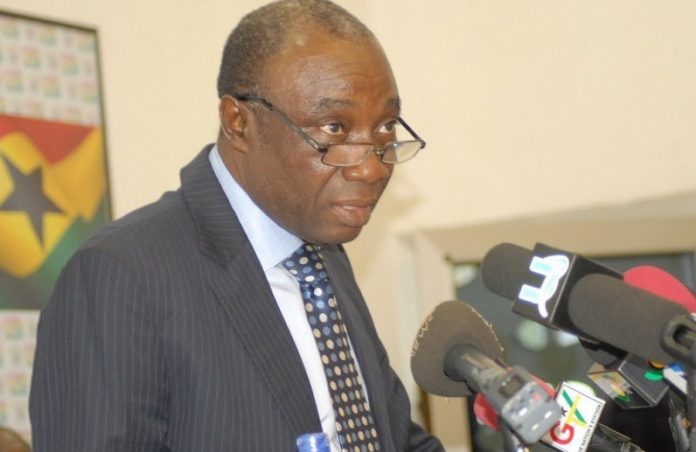 This is because a committee set up by the Ministry of Energy to restructure the $510 million Build, Own, Operate and Transfer (BOOT) Agreement between Ghana and AMERI Energy has recommended to the government that it should call back owners of the Dubai–based company for renegotiation.

It turned out that AMERI Energy was charging over $150 million commission and the committee therefore recommended that if the company refused to honour the invitation for re-negotiation, the government should renounce the agreement on grounds of fraud.

The BOOT Agreement signed on February 10, 2015 with the Ministry of Power representing the Ghana government set tongues wagging when the real amount involved was revealed.

DAILY GUIDE stumbled on the committee’s report which indicated that in the course of the investigations, the committee took notice of the fact that the whole of the project was executed and financed by a company called PPR, which was registered in Turkey at a charge that was considerably lower than that agreed between the Government of Ghana and Ameri Energy (under the BOOT Agreement).

“The Committee recommends that Ameri Energy should be invited back to the negotiation table to address and remedy the issues enumerated in this report and for GoG to aim to claw back a substantial portion of the over $150 million commission. In the event that Ameri Energy refuses to come to the negotiation table, GoG should repudiate the Agreement on the grounds of fraud,” the report said.

According to the Committee, the BOOT Agreement was signed as an emergency power agreement to help reduce the power supply deficit at the time, and the project was expected to be delivered within 90 days after the fulfillment of conditions precedent.

It said the delay in implementing the BOOT Agreement “defeated its classification as an emergency project.”

“Even though the plant is operational, several omissions and concessions were made in the BOOT Agreement which require re-negotiation, amendments and restructuring of the Agreement. The Agreement simply is grossly unfair and is not as it presently stands, in the best interest of Ghana.

“The Committee has enumerated technical, financial and legal observations and recommendations in the report that are aimed at rectifying the anomalies in the BOOT Agreement for effective and efficient implementation of the project,” it added.

It said that the recommendations were also to serve “as a guide for future negotiations of power projects,” and advised that the government “should take all necessary measures to avoid power supply deficits which result in the execution of emergency power agreements.

Minister of Energy Boakye Agyarko inaugurated the 17-member Committee on February 1, 2017 to review, restructure and recommend areas for amendment of the BOOT Agreement and the committee had reviewed the agreement “based on its technical, financial and legal merits/demerits and identified issues that should form the basis for re-negotiation of them BOOT Agreement with Ameri Energy.”

The AMERI deal, which involved the installation of 10 General Electric TM 2500 aero-derivative gas turbines at the cost of over $510 million at the Aboadze Power enclave, near Takoradi in the Western Region, later turned out to be exorbitant for the taxpayer, thereby sparking heated political debate.

The lid was blown in December 2015 by award-winning Norwegian newspaper Verdens Gang (VG) which published that the power generating gas turbines were estimated to cost $220 on the international market, but the NDC government contracted them for $510 million for Ghana, excluding service charges.

The newspaper’s investigative journalist tracked a Pakistani-born Norwegian, Umar Farooq Zahoor, a fugitive who is said to have played a lead role as a director in the deal between Ameri Group and the government.

According to the Norwegians, Umar Farooq was said to be the middleman between the Ghana government and the Dubai-based single-purpose company.

Umar Farooq, the newspaper said, was being pursued by the authorities in Norway as well as Interpol for organised crime, including money laundering.

AMERI Energy later said it was suing the Norwegian newspaper for $150 million over reports of alleged fraud that the company engaged in relating to the supply of the 10 gas turbines to the Government of Ghana.

The charge of defamation, according to AMERI’s lawyers, was over “incessant and relentless defamatory campaign against a fair and transparent business deal between our client and the Government of Ghana for the procurement, installation and operation of 10 gas turbines on Build, own, operate and transfer (BOOT) basis.”

It is unclear whether AMERI Energy was able to pursue the defamation suit.