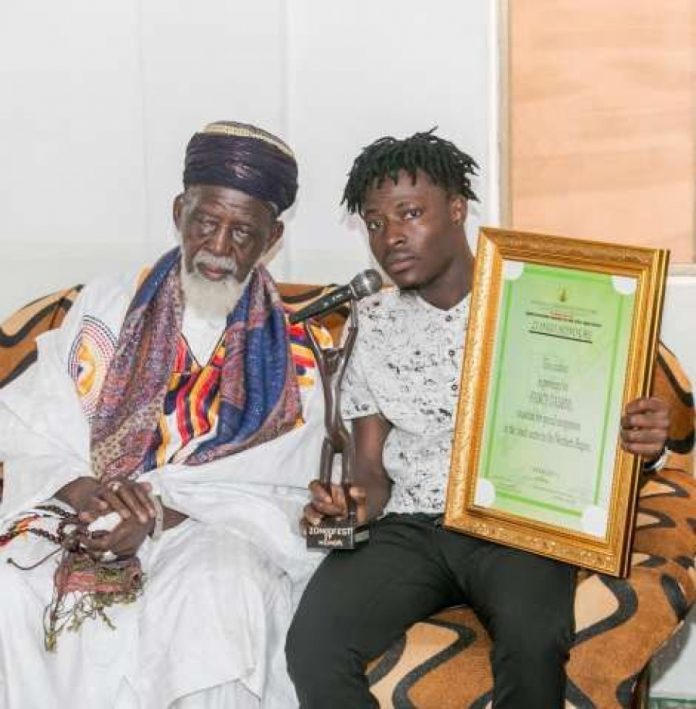 The “Total Cheat” hit maker visited the religious leader with his management in Accra on Tuesday July 11, 2017, to pay homage and also present a plaque and a citation he received over the weekend.

The Chief welcomed the Tamale based Musician and his entourage and urged him to use his music and its influence on the youth to impact society positively especially on the Muslim youth. The Chief Imam also said a prayer with the talented Musician and wished him well.

Fancy Gadam received an honoree award at the maiden edition of Zongofest Honours at the National Theatre on Sunday July 9, 2017, for his effort in promoting the culture and values of the Zongos through his music.

The Zongofest Honours follows the three-day Zongofest festival, organized by the National Commission On Culture to celebrate the rich cultural heritage of the Zongo communities in Ghana. Other activities included a beauty pageant which crown Miss Zongofest, a dance competition and music performances.