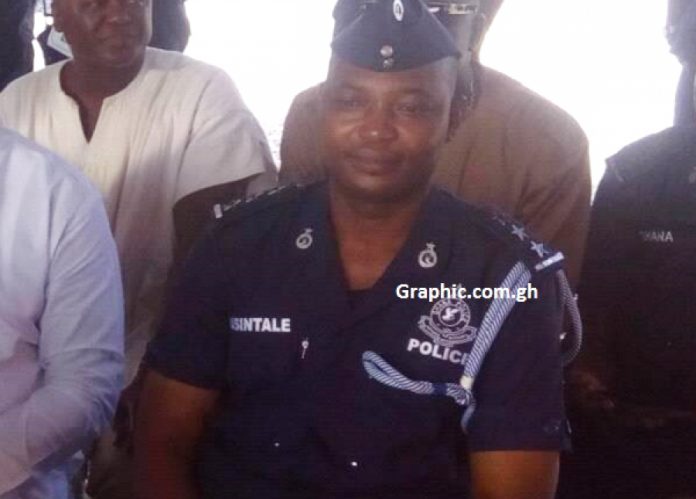 Mr. Basintale was interdicted after his alleged involvement in a GH¢1.3 million gold deal.

He was reinstated two weeks ago, a Citi FM report said.

Mr. Basintale was arrested with four other police officers in March 2017 after investigations by the Police Criminal Investigations Department (CID) revealed that they had been involved in many gold deals in which his gang offered the gold bars to prospective buyers, but as soon as payment was made the police went in to seize the gold bars and arrest both the buyers and the sellers.

They subsequently sued the police service, praying the court to order the Inspector General of Police to revoke their interdiction if no disciplinary proceedings have been instituted against them.

They also sought an order barring the police from conducting any more disciplinary proceedings against them.