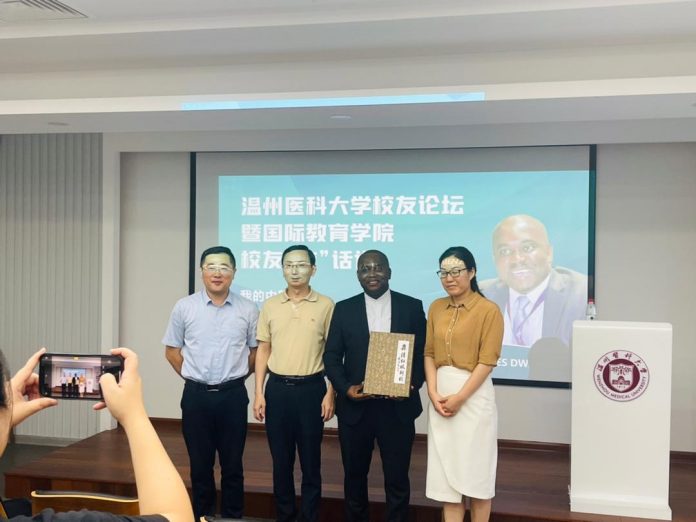 The immediate past Deputy Ambassador to China, Dr Charles Dwamena, has bade farewell to Chinese Government Officials and institutions with whom he had a close working relationship during his term of office.

Having successfully completed his term of office, Dr. China, as the diplomat is popularly known, embarked on a thank you and farewell tour to major cities and provinces in China to thank the Chinese officials and institutions for their support and also to bid them goodbye. The thank you tour that took him to cities including Qingdao, Hangzhou, Shanghai and Wuxi ended with a visit to Wenzhou City where he met the city officials and officials of Wenzhou Medical University, his alma mater.

At a banquet hosted in his honor by the Wenzhou Municipal Government, the former Deputy Ambassador thanked the city officials for their immense support during his duty tour. He thanked the city government for the donation of medical supplies to Kumasi city during the pandemic as well as the government’s support for the Embassy’s programs including the annual Ghana- Sino (Wenzhou) Cooperation Forum. He observed that, Wenzhou City has largely developed on its own, with very little aid from non-Wenzhou people and that Ghana, under the leadership of H. E. President Nana Addo, has also chosen a path of development beyond aid. The Vice Mayor of the City, Mr Yin Zhijun, thanked the Diplomat for boosting the cooperation between Ghana and China, particularly Wenzhou. He indicated the enhanced cooperation has resulted in an increased volume of trade between Wenzhou and Ghana, which currently stands at RMB 1.5 billion per annum. 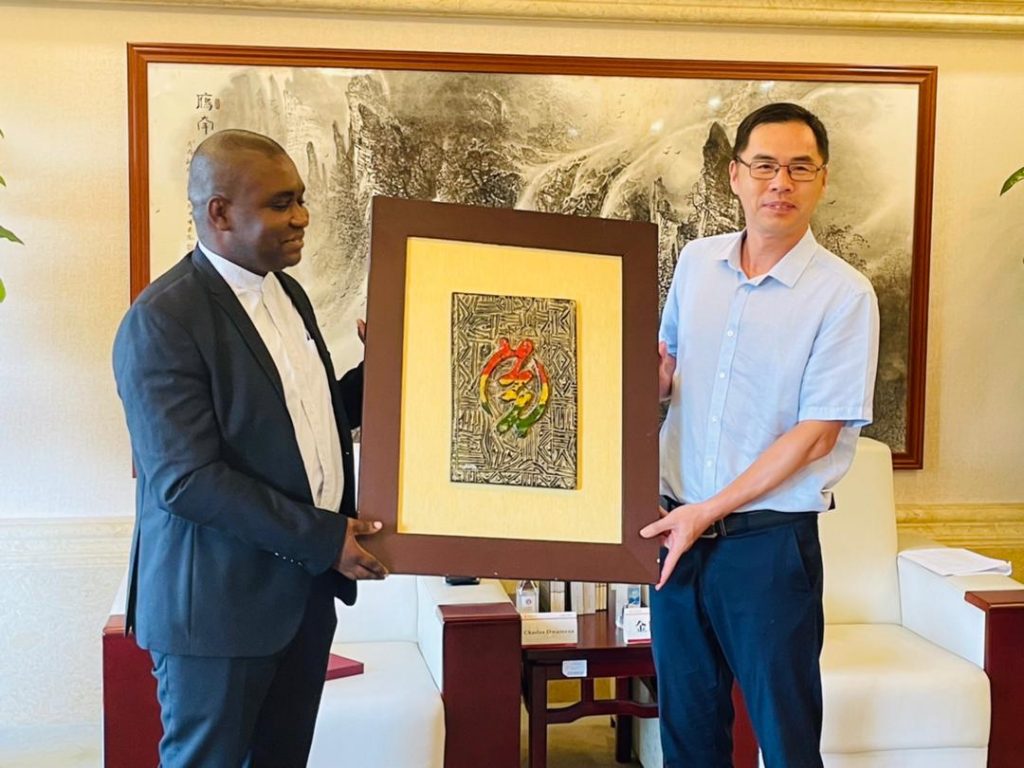 Whiles in Wenzhou City, Dr Charles Dwamena paid a farewell visit to the Wenzhou Medical University where he thanked the leadership of the school for training over 100 Ghanaian doctors and also offering to set up a RMB 30 million Advanced Vision Center of Excellence at the Tamale Teaching Hospital to enhance eye care in Tamale and beyond.

He expressed the hope that although the COVID-19 pandemic has slowed down the implementation of the Project, the officials will take the necessary steps to speed it up as soon as possible. He appealed to the authorities to offer the incoming Ambassador and his Deputy the maximum support so as to ensure continuity of all initiated programs. The Vice President of the Wenzhou Medical University, Prof Jin Shengwei, thanked Dr Dwamena for his continuous support to his alma mater and assured him of the university’s commitment to the Cooperation Agreement signed with the Tamale Teaching Hospital and pledged to ensure the continuation of all initiated projects.

At a brief ceremony organized later that day, the Wenzhou Medical University conferred on Dr. Charles Dwamena, the prestigious Outstanding Alumni Award, which is the highest award conferred on past students of the university. Notable alumni of the University who have received this award include Prof. Shen Xiaoming- Vice President of Shanghai Jiaotong University, Dr. Zhou Jian – Co-inventor of the HPV vaccine and Prof. Miao Tianrong – an International Vision Expert. Dr. Charles Dwamena is the first African Alumni to be awarded this prestigious award. 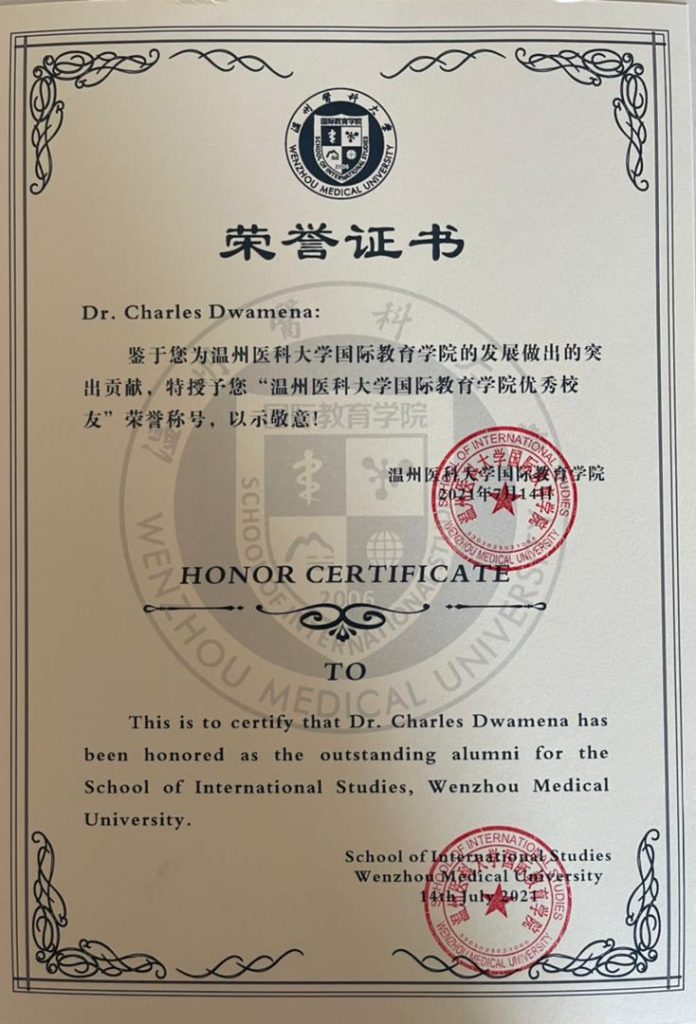 Dr. China later on met the members of the Ghanaian Community and encouraged them to explore more opportunities whiles in China so as to be able to direct investment back home. Present at the meeting were Dr. Percy Akweteh, Mr. Emmanuel Tachie and other leaders of the Community.

Dr. Charles Dwamena has successfully completed his duty tour in China and is scheduled to return to Ghana by the end of July to continue serving Ghana, his motherland.