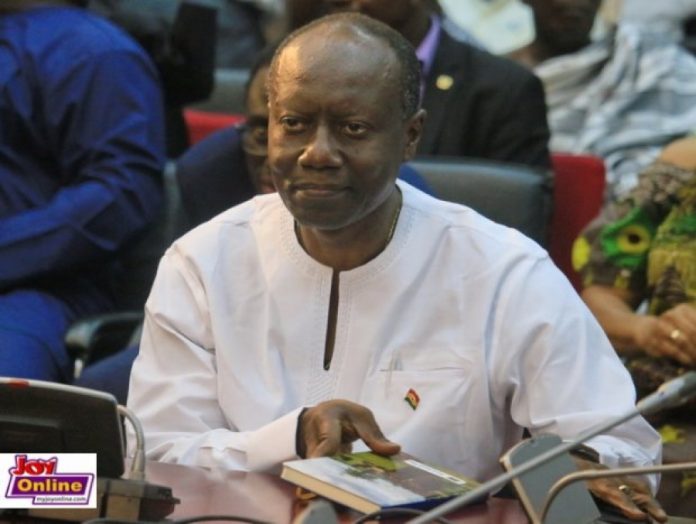 The Finance Minister Ken Ofori Atta gave the hint during a review programme with the IMF Mission in Ghana, Thursday.

“We are committed to ending it when it should have ended… That’s a Cabinet decision” he said, but admitted it will take a lot of hardwork to achieve that.

The IMF Mission is in Ghana to review the health of the economy and to discuss a possible extension of a programme entered into in 2014 with the erstwhile John Mahama government.

The deal worth $918 million was to give credibility to Ghana’s economic policies and to attract better investment.

As part of the deal, the then government was to work assiduously on the macro-economic stability by reducing inflation, fiscal deficit and bring Ghana’s debt level to sustainable levels.

The three year arrangement was to end in 2017 if the Ghana government is able to meet all its economic targets set by the IMF.

It emerged however that the previous government failed to meet the target prompting the Nana Akufo-Addo led government to consider a possible extension of the programme.

But the Finance Minister hinted the deal may just be completed in 2017 as initially agreed with the NDC government.

“It means a lot more hard work than we have to, but that’s where we are in terms of Cabinet decision,” he said.

Ken Ofori Atta said the government is working assiduously to increasing revenue by 34% and will achieve that by sealing revenue leakages.

On their part, the International Monetary Fund is calling for an ambitious and sustained reforms in key policy areas, including the public sector in order to solve the long standing challenges in  Ghana’s economy.

The IMF Mission Chief to Ghana, Analisa Fedelino said the initiatives taken by the government are promising but expects a rigorous approach in fighting Ghana’s burgeoning debt.

Giving an overall overview of the economy in 2017, the IMF mission chief said Ghana’s economic prospects for 2017 are high.

Fedelino said the IMF is encouraged by the promise by the Finance Minister to control tax exemptions and to strengthen the spending disciplines.

She also charged the government to work on Ghana’s public debt.