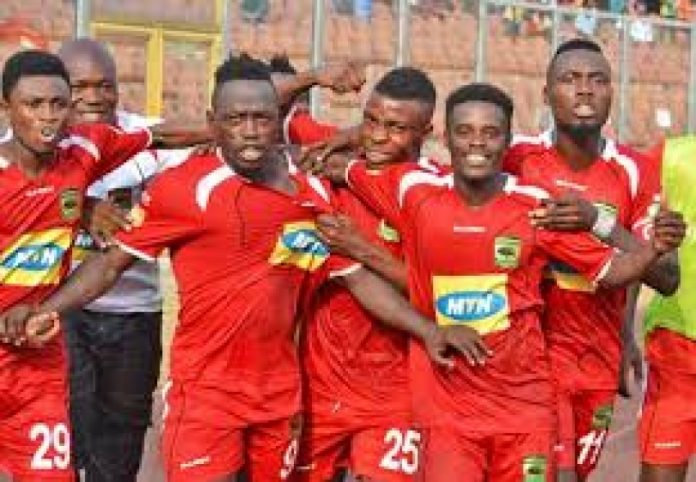 Asante Kotoko midfielder, Godfred Asiamah, is hopeful of securing a spot in the next round of this year’s Confederation of Africa Football (CAF) Champions League.

The midfield gem had a dream debut for the Porcupine Warriors after scoring a sublime free kick and assisted a goal in Kotoko’s 3-2 loss against Nigeria’s Kano Pillars.

Asiamah in an interview with the media mentioned that they would have to lift up their game in the second leg encounter if they were to progress to the next round.

”We would have to lift up our game in the second leg and hopefully we could get the required results to enable us to progress to the next round,” he said.

Asiamah also expressed his delight about his performance on the day despite their narrow loss.

He said ”for every player the feeling is good when you score on your debut and I am very happy with my performance despite the loss”.

He also added that the game against Kano Pillars wasn’t an easy one but scoring two goals away would motivate them ahead of the second leg.

The winner of this tie will meet the winner Tunisia’s Etoile du Sahel and Guinea’s Hafia Club, with the Guinean side leading the tie 2-1 on aggregate after the first leg.