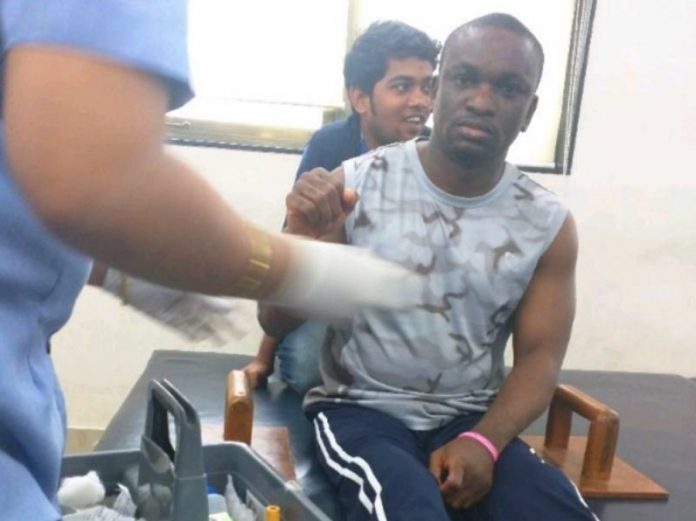 Hubtel set up a business account to enable him to accept mobile money donations from mobile networks for his fundraiser.

Baffour was a final year student of the University of Cape Coast when a car accident in 2007, left him paralyzed from his waist down.

After the accident, he had two surgeries in Ghana, and was asked to do physiotherapy, which he was doing till some American doctors suggested stem cell treatment.

“I couldn’t control urine and bowel, couldn’t sleep due to severe pains, spasms, tingling and burning sensations waist down which didn’t allow me to sleep,” Baffour lamented.

His mother had spent over GHc 200,000 on his treatment and was now broke, thus he had no choice but to rely on the generosity of the public, which has so far yielded GHc 2,000.

For the previous medical costs, his mates and friends from his alma matters; Adisadel College, University of Cape Coast and the general public all came on board when he needed funds for further treatment outside the country, priced at $32,000.

Also a lecturer and some students started a movement dubbed BAFFOUR MUST WALK (BMW) to raise funds on campus and outside to assist him.

Those monies funded his trip to India for his first treatment in bid of recovery in April 2016. After the treatment which went well, he recovered urine and bowel control and the doctors recommended he seeks further treatment at stem cell department of the General Hospital of Chinese People’s Armed police force in Beijing, China.

Baffour then managed to secure the needed funds for the next treatment which was $25,000, and went for the treatment this year in China which was successful.

After the treatment in China, the doctors recommended he seeks Intensive Physiotherapy at a physiotherapy center in Orlando Florida USA called NextStep Orlando, which treats spinal cord injured patients to recover their functions, which would cost the GHc 87,000 ($19,200).