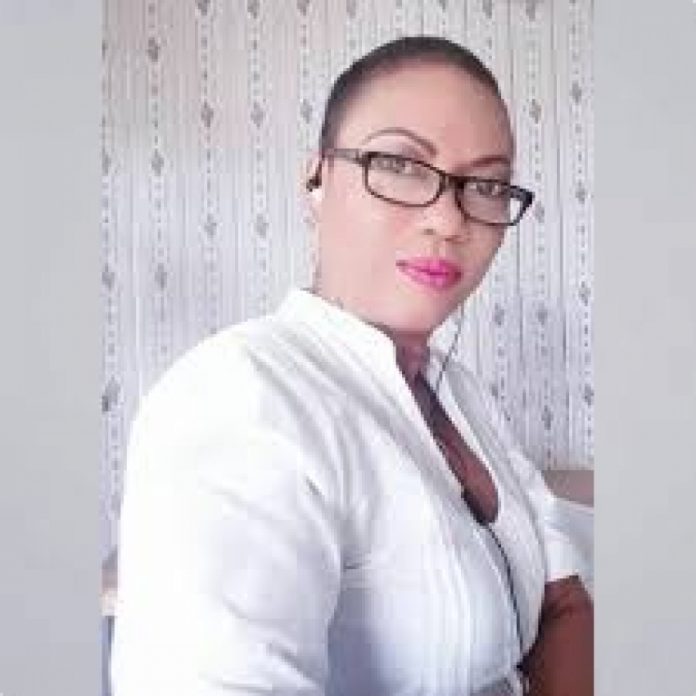 The 47-year- old experienced actress made this revelation when she appeared as a guest on a GHONE TV show ‘Duvet’, on the night of Thursday, October 25, 2018.

In the interview, popular veteran actress, Pascaline Edwards, opened up on her sexual and love life. Narrating how their love affair started, Pascaline said she was with the guy alone in a room, and before she could say jack “things had started knocking things”.

“His hands were around my thighs, and before I realised, he had started to unhook my bra but he couldn’t find the hook because there was no bra,” Pascaline Edwards said.

She explained that she wore no bra on that day, and this even excited the man the more because he was pleased to see that even though she wore no bra “the things were standing.” “Later, he told me that actually attracted me to him because he said in his head then the things (referring to the breasts) would be fine too,” Pascaline Edwards said.

That night’s encounter, according to the popular actress was so powerful that she can’t forget it. In her own words, “before I realized, I had started confessing when the action itself started.” According to her, she and this powerful guy are still dating after three years, and admitted to loving him every day because they are deeply in love with each other.

She added that the man makes her feel good all the time because their sex life is very “spicy and innovative, which she can’t find anywhere.”

Asked what get her in the mood, Pascaline said she expects her partner to do the little things to get her excited. “When u are coming home from work, bring me a bottle of my favourite drink, the moment I see that bottle, I know whatsapp,” she revealed, adding that her man lives up to her expectation. The popular actress also advised couple who are married to ensure that their sex life is not boring so as to save their marriage.

She lamented that most women get relaxed after marriage and don’t care about their love and sex life anymore, making their husband find them boring. She also said that some men don’t know how to kiss, and that they kiss as if they want to bite the woman’s tongue away.

Pascaline Edwards has carved a niche for herself in the movie industry. She has acted alongside others including Fred Amugi, late George Williams, Psalm Adjetefio popularly called TT, Brew Riverson Jnr, and many others.