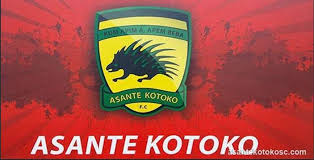 Kumasi Asante Kotoko picked an away team slot in a live draw on  Ghana’s largest and the only surviving 24-hour sports channel GTV sports+ ahead of the 63rd independence anniversary match against their arch-rivals Accra Hearts Oak at the Barnett sports stadium in London.

At GBC’s Studio to pick the ballots on behalf of respective teams were the general manager of Kotoko Gyambibi Coker and the CEO of Accra Hearts of Oak, Fredrick Moore under the guidance of tournament organizer, Nana Yaw Amponsah.

The much talked about showdown is gathering momentum minutes by minutes as both teams are fine-tuning preparations towards the 7th March Super Clash.

The game is to commemorate the nation’s 63rd Independence Anniversary.

According to history, both Hearts of Oak and Asante Kotoko have played in the UK against English oppositions in 1969 and 1970, but this will be the first time the two Teams will be facing each other away from their home turf in Ghana to the Barnet Stadium in London.

For more information on the upcoming Independence game in London, contact organizers via mail here; heartsvskotolon@gmail.com

The match will be broadcast live on Saturday 7th March 2020 exclusively on GTV, GTVsports Plus and Obonu TV and all GBC Regional Radio Stations.