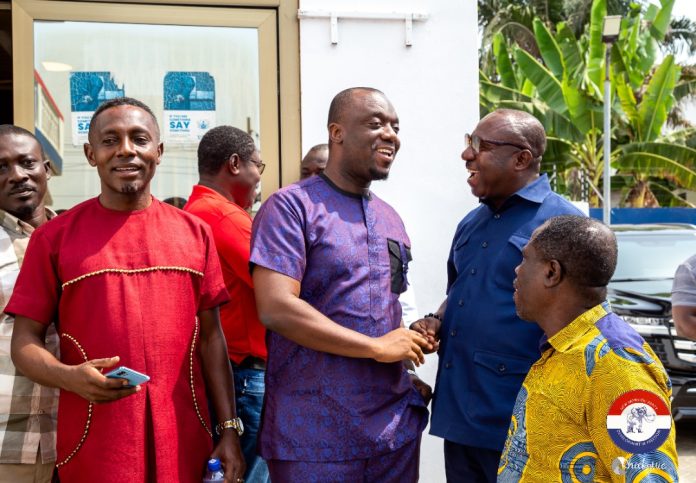 The General Secretary of the ruling New Patriotic Party (NPP), Lawyer Justin Kodua Frimpong, on Friday, January 20, 2022, engaged the leadership of the Vehicles and Asset Dealers Association of Ghana and Okada Riders Association.

Welcoming the leadership and some members of the Vehicles and Asset Dealers Association of Ghana, the General Secretary recounted that the history of the NPP can be traced to business associations and groups who contributed enormously during the formative years of the Party when most businesses then, were disillusioned by the military rule of the PNDC and their many acrimonious policies towards the private sector.

He intimated that the NPP, due to its ideology of liberating the energies of the people for the growth of a property owning democracy, has over the years, implemented business friendly policies that prioritise the private sector as a special engine for the growth of the local economy. 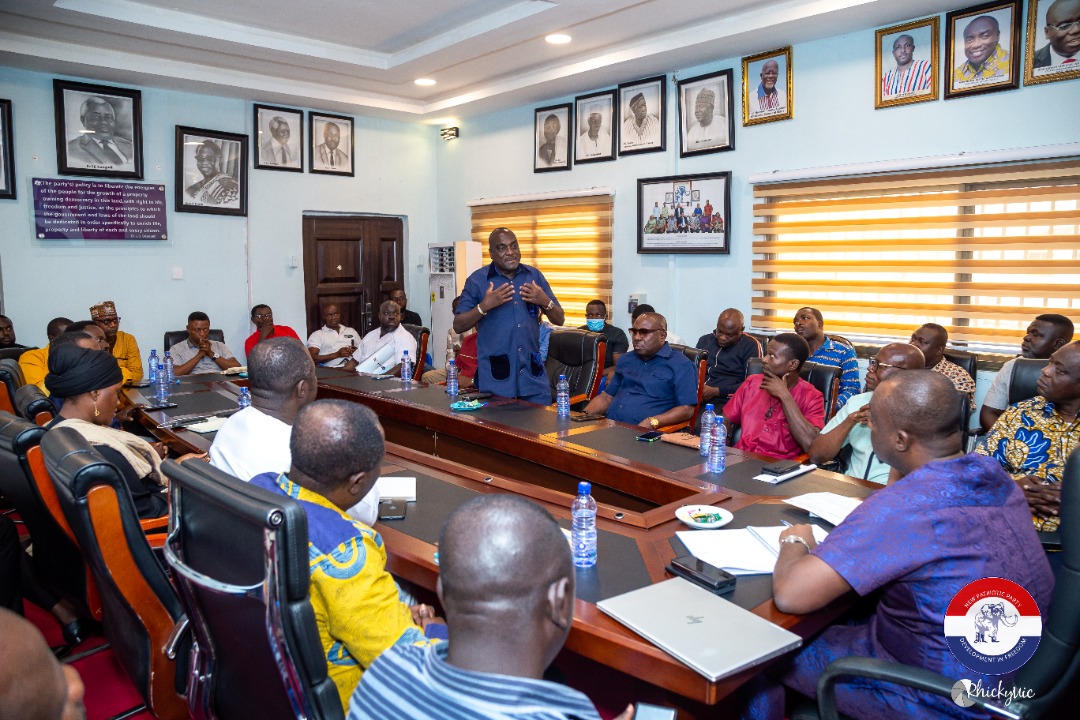 He noted that, on account of the Party’s long history with private businesses and ideological inclination towards the private sector, it is prudent for the Party to frequently engage business groups and associations to deliberate issues of mutual concern, ascertain the impacts of government’s policies on private businesses and more importantly, pursue practicable remedial solutions to various concerns that would emerge.

The 34-member delegation made up of their leadership and some members of the union, commended the General Secretary for his audience and proactiveness, ensuring smooth working relationship amongst the government, Party and business community.

They noted that despite the NPP’s pro-business inclinations, recent developments in the automotive industry, threaten the sustainability of their businesses.

They shared with the General Secretary, various concerns affecting their operations and activities and urged the Party and the government to urgently address their grievances.

In a related development, the General Secretary also hosted the leadership of the Okada Riders Association who equally urged him to liaise with appropriate authorities to address their concerns.

In their concluding remarks, both groups urged the NPP to deliver to Ghanaians, a modern and compassionate governance that would address the needs of the masses and lay the foundation for the prosperity of future generations.

The General Secretary in conclusion assured both groups of his preparedness to engage relevant stakeholders to address their grievances.