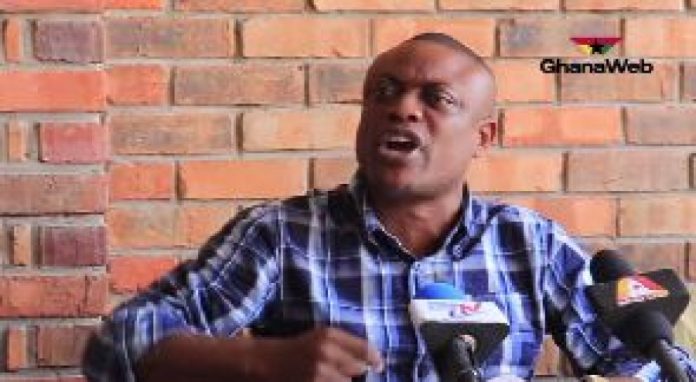 The case, which started since 18th September, 2015, has faced dragging of feet and seeming apathy on the part of the prosecution.

According to Ghanacreativearts.com When it was the turn for Asamoah Gyan’s lawyer, Kissi Agyabeng, to appear before the court and testify, he failed to do so.

Lawyer Maurice Ampaw, who wants the case to be determined to clear the name of his 3 clients – acquitted and discharged and not only discharged, is therefore calling on the Attorney General, to return the docket for trial to continue.

When she reported the case to DOVVSU, the police never arrested or invited Gyan to write his statement, yet, a ‘complete’ docket was sent to the AG for the AG to say, Gyan has been ‘cleared.’ Cleared of what? Is that how suspects are cleared in this country? The law must deal with Gyan just like any Ghanaian. None of us is above the law. Not even the president of Ghana.

What interest has the AG in Asamoah Gyan, that in all of this issue, when it is going in favour of the Gyans, the AG pursues it, but when it’s against Gyan, the AG shields him? Can’t the public see justice is being denied? Can’t people discern to know the state is twisting the hands of justice?

And when I preach for justice for an innocent journalist like Osarfo Anthony and others, they try to make the public dislike me by saying I hate Asamoah Gyan; I want cheap hype or publicity. To all those, I tell you – if a rich or popular person bully you with his money and connections to big people, to deny you justice, that will be the day you will understand the plight of Osarfo and others.

I’m calling on Madam Gloria Akufo, a woman who believes in justice, a character who stands for the poor –and who is working in a government, Nana Addo’s government, that prides itself of freedom and justice, accountability and transparency, to return the docket for trial to continue.

I have lost a lot and still losing more due to this trial, but I long to see this case go through its full stretch. Even if it will drag for the next 5 years, so be it – because nature knows my hands are clean. A good name is better than riches – so I want my name to be cleared in this case for now and for my future. The villain is happy today, I will be happier tomorrow as the protagonist.

Any ordinary citizen would have been jailed concerning rape allegation but the state did not even invite Asamoah Gyan and he is using his money to bully poor people. I don’t have Asamoah Gyan’s phone number and he is not my friend, so where and how did I extort money from him?

When they saw that I was the one helping Sarah to report the rape and sodomy case to the police, then someone planted weed in my house so that when I’m jailed, the girl will not have a strong force behind her to expose Gyan. That did not work – now extortion. Now that the truth is hitting them in the face in court, they are running away. We are ready for them. They should come!

A witness in the case, Nii Amarh Armateifio, a worker at 3 FM at TV3, approached Osarfo and asked him to stop the publication and that whatever money the latter’s media house will lose, Asamoah Gyan is prepared to pay the publishing cost to kill the story.

Osarfo insisted the whole proposal be put on paper and signed; something both parties agreed. On the day Asamoah Gyan’s manager met Osarfo and gave part of the agreed sum, the police arrested Osarfo and later Sarah Kwablah, Ekow Micah, and Chris Handler, and charged them with conspiracy to extort money from Gyan.

According to Asamoah Gyan’s manager, it’s Gyan’s lawyer, Kissi Agyabeng, who directed him on the whole scheme to get Osarfo arrested. To achieve what, Lawyer Kissi could not be in court to testify – however, the case has been referred to the AG.