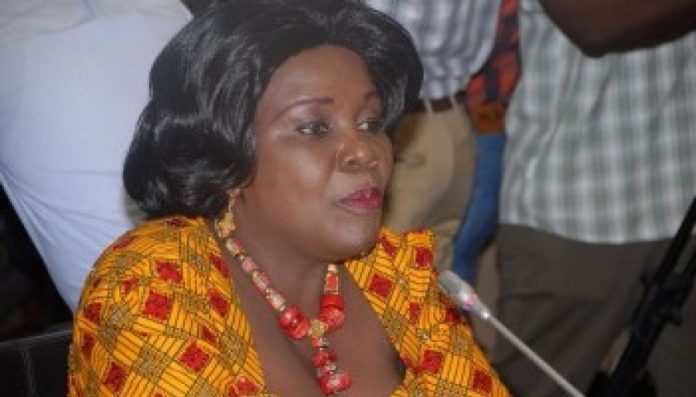 She said it is the hope of the New Patriotic Party(NPP) government to open up the region to development and this would attract investors, grow the local economy and create jobs.

Mrs. Dapaah said this after inspecting more than 8000 acres of land in Princess Town in the Ahanta West District for the construction of a commercial airport.

The Minister was accompanied by her Deputy, Kobby Okyere Darko, the Deputy Regional Minister, Mrs. Eugenia Gifty Kusi and a consultant and technocrats from the Ghana Airport Company.

Nana Kofi Nyame II, Chief of Princess Town, lauded government for the initiative saying they should speed up all the processes involved to ensure a successful execution of the projects.

The team also went to Axim to inspect two parks: Dr. Bimish and Victoria Parks which would be developed into an airstrip.

Mrs. Catherine Afeku, the Minister for Tourism, Creative Arts and Culture, who took the team on inspection of the two parks, said usually planes that have visited the town in the past landed on the Dr. Bimish Park.

The chiefs of both Lower and Upper Axim who hosted the Minister expressed their gratitude to the NPP government, saying, “Yours is to act on your words, we are ready to support”.

The entourage later visited the ENI constructed Helipad at Sanzule.