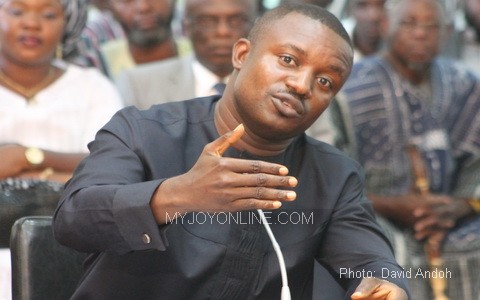 The Minority in Parliament is calling for further due diligence in the government’s attempt to reacquire shares from the Deep Water Tano Cape Three Points (DWT/CTP) Block managed by Aker.

Aker Energy is seeking to offload part of its 50% interest in the (DWT/CTP) Block, which includes the Pecan development project.

According to Minority, however, the deal presented to the Finance Committee of Parliament for approval is not favourable to the state and does not fit the purpose for the acquisition.

Member of Parliament for Yapei Kusawgu, John Jinapor who spoke to the media on behalf of the Minority members on the Finance Committee in Parliament on Tuesday 3rd August, 2021 stressed the side is demanding validation and proof of the figures being provided.

He noted that the Minority will peruse the documents of the transaction being presented with fine tooth-comb to ensure the state is not shortchanged in any way.

He said. “Today at the meeting, the Minority side insisted that some additional work ought to be done in terms of further validation and proof of the figures that have been provided.”

“We want to assure you that the Minority will stand committed; we will ensure that the right thing will be done.”

“We have made it clear to the Government to go back and do all those works and bring it to us so that we will do further scrutiny.”

“Secondly, we want to take every single request and memorandum item on a case by case basis.”

“We are not doing an omnibus one and be rest assured that the Minority will do due diligence. We will peruse all the issues and eventually, we will take the interest of the state into consideration at the end of the day,” he added

Aker Energy has struggled to mobilize funding for the project and to sustain the development of the offshore field after the ravages of the COVID-19 pandemic.

The government made an amendment to the Deepwater Tano Cape Three Points Petroleum Agreement, which significantly reduced the state’s share of the partnership invested in the GNPC’s Explorco, a company set up to build the operating capacity of the state’s hydrocarbon company.