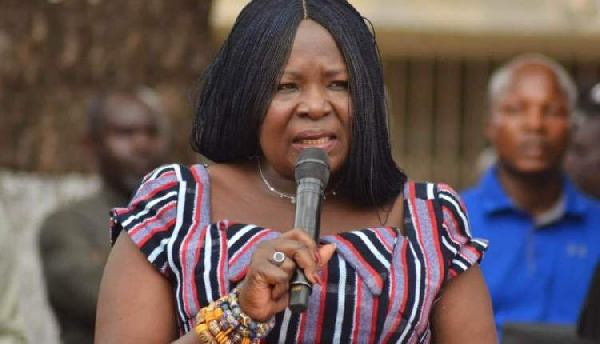 Madam Tangoba Abayage, the Upper East Regional Minister, has challenged MMDAs selected to benefit under the Ghana Productive Safety Net Project (GPSNP) to take personal interest in the implementation of the project to ensure its success.
She urged them to bring their experiences gained in the implementation of the Ghana Social Opportunities project (GSOP) to bear on the new project in the region.
The new project, which is similar to the defunct GSOP, is aimed at improving production and human capital in the districts.
Madam Tangoba made the call in a speech read on her behalf by the Deputy Regional Minister, Mr Frank Fuseini Adongo, at a sensitization meeting of the MMDAs in Bolgatanga.
She said the defunct GSOP was implemented in the areas of road construction, climate change, irrigation and agro forestry in some selected areas in the region, and therefore the selected districts could use their experience to successfully implement the new Safety Net Project.
She said the project had come at a time that government considered social protection as a priority pillar that will complement existing safety nets such as LEAP, the School Feeding and National Health Insurance.
“One key factor that should be built along every stage of this project is the sustainability factor, we should be able to consolidate experiences after this project to continue to build robust safety programmes for more just, equitable and inclusive societies”, she stressed.
Unemployment according to the Minister remained a challenge in Ghana like other countries with many more young people joining the workforce every year without ready opportunities for engagement and indicated that a productive safety net therefore was needed to generate more and better jobs for the youth to lift themselves and their communities out of poverty.
The Minister was appreciative of the fact that most participants in the region had rich experience in safety net programmes and thanked the Ministry of Local Government and Rural Development (MLGRD) for introducing the project.
The Regional Minister congratulated the eleven selected Districts Assemblies under the new GSPNP project and urged them to take monitoring and supervision as a priority and lend every complementary effort for the greater good of the project.
The 11 MMDAs selected to benefit from the GPSNP are Bolgatanga Municipal, Bongo, Talensi, Nabdam, Pusiga,  Bawku West, Builsa North, Builsa south, Kassena Nankana west, Tempani and Garu Districts.