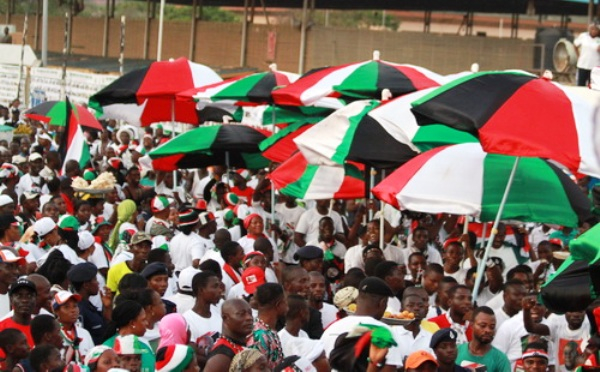 The Functional Executive Committee (FEC) of the National Democratic Congress has by a unanimous resolution dissolved the Regional Elections Committee of the Eastern Region with immediate effect.

The National Elections Directorate has also been directed to put together a Special Taskforce that will collaborate with the Regional Executive Committee of the Eastern Region to oversee the conduct of elections in the remaining constituencies in the Eastern Region.

The Deputy Director of Elections of the National Democratic Congress, Daniel Amartey in a statement, indicated that the Functional Executive Committee of the National Democratic Congress (NDC), at its meeting on Tuesday, 25th October 2022, undertook a comprehensive review of the conduct of last weekend’s constituency elections held across the country.

“The facts show that the process was largely smooth in majority of constituencies. FEC commends all constituencies who have successfully conducted their elections in accordance with the laid down guidelines.”

The Executive Committee has however taken a serious view of the poor manner in which some constituencies conducted their elections.

“The Functional Executive Committee noted that some constituencies experienced challenges, which include avoidable delays in printing and delivery of ballot papers, avoidable errors on printed ballots, and wilful failure by some constituencies to adhere to directives of the National Elections Directorate.”

Of particular concern to FEC was the flagrant disregard by some constituencies for the directive by the Elections Directorate to postpone their elections.

“FEC took strong exception to this development in light of its earlier admonishment to stakeholders in those constituencies to postpone elections pending the resolution of some issues, failing which all such elections will be annulled.”

“What this means is that elections purported to have been held in these constituencies are illegal, hence null and void. And the party does not recognize same.”

FEC has also resolved to launch a full-scale inquiry into the challenges that were recorded in some constituencies relative to the printing and delivery of ballots, as well as gross indiscipline leading to the flouting of directives of the National Elections Directorate.

“Appropriate sanctions will be meted out to all found culpable in due course,” the statement added.