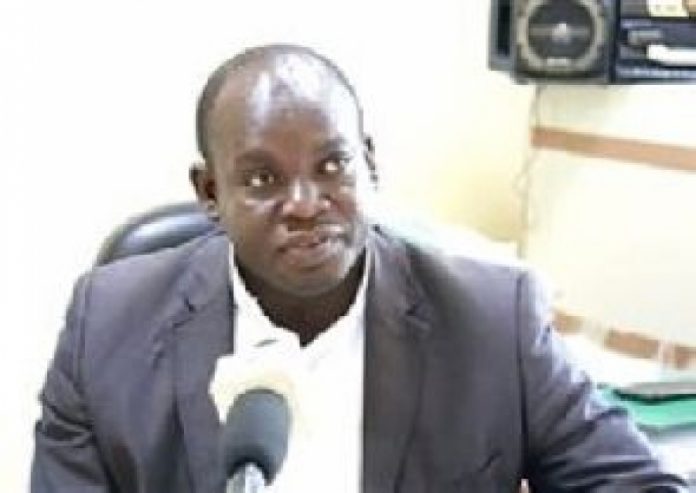 The workers clad in red and black last week locked up the offices of the Commission to back their call.

According to Lawyer Bawa Duah, who described the call of his dismissal as unjustifiable, told the thebftonline.com that, the commission followed all laid down procedures before relieving the two affected staff members of their duties.

In an exclusive interview with the thebftonline.com, Lawyer Bawa Duah said, the two staff members who had their employment terminated showed gross insubordination to the commission, refusing to be transferred to other stations where the commission taught their services was needed most.

“That clearly is not correct that they had their employment terminated with no reason attached, you know as a commission, we are very much vest with the law on labour and we are very much vest with the procedures that we need to follow and all matters relating to transfers and termination for that matter. The commission decided, in other to revamp its regional offices especially in Takoradi to make some changes and so the two officers were transferred from Takoradi to Accra to be replaced by another two from Accra to Takoradi, given where the commission taught were the most needed place to be revamped for their services. But the two refused blatantly to go.”

“As far back as October 2016, the two who were to be transferred pleaded for more time to enable them move and they were given up to January 3, this year to do so. But by the 3rd of January 2017, the officers coming from Takoradi reported, at the commission that is the national office. But those who were supposed to go to Takoradi refused to go.

Now when we enquired from them why they had not reported at their new station, they said, they did not have money for accommodation and we said but you have been given sufficient notice for your transfer and the commission does not provide accommodation for its workers or staff and they know that,” he said

Lawyer Bawa Duah in his interview with the thebftonline.com pointed out that, the only thing the two members of staff who had been transferred could do, was is to apply for their transfer grant, which will be taken through the due process and will be paid by the controller and accountant general even though it will take time.

“The practice normally is that you report to your station, then you apply for transfer grant and the process to be activated but they had not even submitted any application for the transfer grant,” he said.

Even though the two had failed to carry out the instructions to move to their new stations, the thebftonline.com understands, the two-affected staff were given up to January 15 to report because they were already late in reporting to their station but they still refused, which the commission no choice than to terminate their appointment.

“They were given up to January 15 to report because they were already late in reporting to their station. By January 15, they still refused to go, so they were queried to answer by midday of last week Wednesday, why disciplinary action should not be taken against them on their conduct, that so they refused to answer. So, the commission had no alternative than to terminate their appointment, because they were workers or staff who were not prepared to carry out instructions from their superiors or supervisors,” Lawyer Bawa Duah noted.

Lawyer Bawa Duah further told the thebftonline.com that, the action of the sacked workers of the NLC was clearly a misconduct and a case of insubordination under the law which left the commission with no other alternative than to terminate their employment.

But expressed shock at the action of locking up the offices by the staff, describing the act as further act of misconduct, demonstrating and locking up of offices which prevented the majority of the workers who wanted to work from carrying out their duties on the day.

The thebftonline.com has learnt that, one of the dismissed staff is the local union chairman for the staff union and was the person who used his office to led some staff members to demonstrate at the premises of NLC in Accra.

The Executive Secretary of the NLC Lawyer Charles Adongo Bawa Duah’s comments comes after some staff of the NLC are demanding his immediate removal.

The move according to the staff who demonstrated, is in solidarity with two of their colleagues whose appointments have been terminated.

The staff in view of this, petitioned the sector minister, Ignatius Baffour Awuah with an official complaint to facilitate the dismissal Lawyer Charles Adongo Bawa Duah.

But the sector minister, Ignatius Baffour Awuah last week told the media that, his outfit will investigate demands from workers.

Meanwhile, Lawyer Bawa Duah also dismissed the allegations that, he unilaterally without any course to other commission members dismissed the said two employees of the NLC.

“Let me state that, the commission is not me but it’s made up of seven members which have two appointed from government, two from the TUC and two others appointed by the employers association with a chairman to deal with issues that come to the commission.”