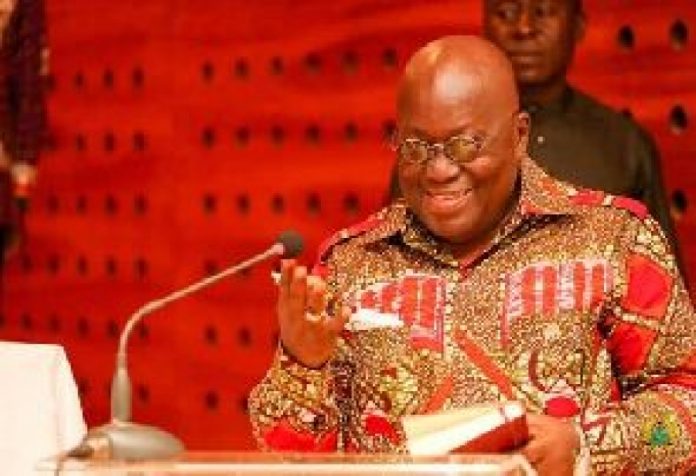 According to him “we must add value to these resources, we must industrialise and we must enhance agricultural productivity”, if West Africa is to ensure the progress and prosperity of its peoples.

President Akufo-Addo made this known on Thursday, May 18, 2017, when he delivered his remarks at a State Dinner held in his honour by the President of Guinea, His Excellency Prof. Alpha Conde, on day 2 of his 3-day tour of Guinea.

The reason for his visit to Guinea, President Akufo-Addo told President Conde, is to build on the existing relations between the two countries, as well explore, further, other areas of co-operation for the mutual benefit of the two peoples, and was, thus, excited that the two countries, in May 2013, had reactivated the Permanent Joint Commission on Co-operation (PJCC).

“Co-operation in the development of our agriculture, education, science and technology, infrastructure, health, energy and culture, and the co-ordination of the exploitation of our mutual natural resources, such as bauxite, iron ore, gold and petroleum, would be of immense benefit to our two countries,” he added.

It is for this reason that President Akufo-Addo proposed that the two countries hold the next session of the PJCC in Accra before the end of the year, adding that “we must intensify the links between Ghanaian and Guinean enterprises, and, thereby, also hasten the process of regional integration”.

This ambitious programme of economic transformation and integration of the ECOWAS countries, the President stressed, must be hinged on the peace and stability of all parts of West Africa.

To this end, President Akufo-Addo stated that “I am, thus, relieved, and I am sure I speak for all of us here, that the disturbing events of the last few days in our common neighbouring state of Cote d’Ivoire have been brought to a satisfactory conclusion, and that good sense has prevailed and enabled the crisis to abate peacefully,” he said.

Stressing the long standing bilateral relations that exist between Ghana and Guinea, President Akufo-Addo was expectant that “our two peoples will continue to march side-by-side in solidarity in the search for progress and dignity for the African peoples.”

President Akufo-Addo applauded President Conde for the ongoing efforts he is making to entrench democracy and the rule of law in the body politic of Guinea, as well to maintain her unity and integrity devoid of narrow partisan, ethnic considerations.

“It is a historic task, but one in which your life-long struggle and sacrifices for Guinean democracy have prepared you adequately to undertake. We wish you well and Godspeed,” he added.

President Akufo-Addo was also thankful for the presence of his Guinean counterpart at his inauguration on 7th January, 2017, and also for the presence of the Guinean Prime Minister, M. Mamady Youla, at Ghana’s 60th independence anniversary celebrations, on 6th March, 2017.