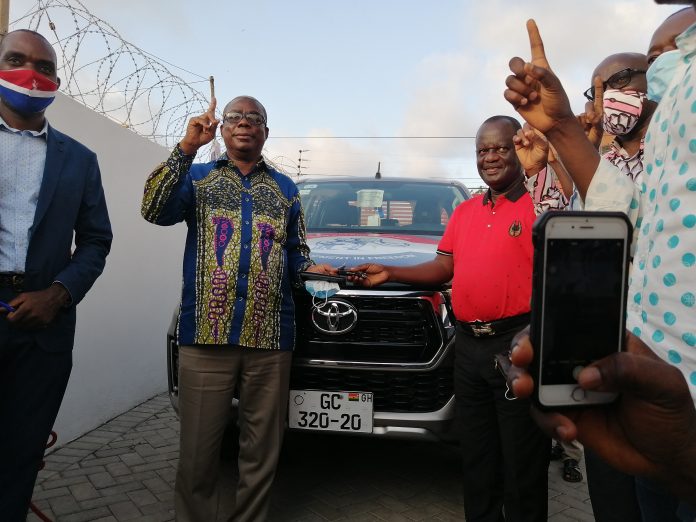 Chairman of the China Branch of the ruling New Patriotic Party (NPP), Mr. Owusu Achew, has donated a brand new Toyota Hilux Pick-Up to the party for their operations into the December polls.
The cost of the pick-up, with comprehensive insurance is GHS251,500.00.
Mr. Owusu popularly called BENVIKO, presenting the pick-up to the party at the campaign office in Kokomlemle on Friday, 30th October 2020, said he got his motivation of buying a vehicle for the campaign because of the hard work President Akufo-Addo has led the party to do for the nation. 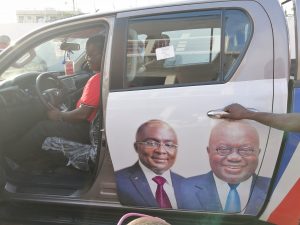 He said as a member of the party and chairman of the China branch, he is always proud of the developmental projects his government has undertaken, which has put Ghana on the World map as one of the best countries doing well and has the fastest growing economy.
“Some Ghanaians didn’t believe him (Nana Addo) when he promised Free Senior High Education, he was laughed at, but within the first year after coming into office, President Akufo-Addo implemented the policy,” he said. 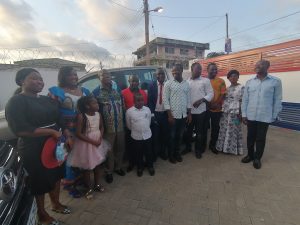 He further explained that because of the free SHS policy, even the poor can go to school to be educated and he was touched by that.
“Gone are the days when school children were sacked from school for non-payment of school fees. Today, that sacking of school children for not, or delay in paying school fees is the thing of the past, and this tells you we have a government that cares for the people they govern,” he added.
“Apart from that, there are a lot of infrastructure projects this government has done with its three years of its first term, and if I sit back and watch, I become so happy for Ghanaians voting for Nana Addo and NPP.”
Mr. Owusu noted that apart from the government fulfilling all of its campaign promises, he is also proud the way the government managed the COVID-19 pandemic in Ghana. 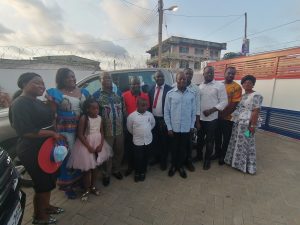 He said even some developed countries couldn’t and had to learn from Ghana, “this means we have a good government that put all the necessary infrastructure in place to make sure Ghanaians are safe during this period, else it would have been disastrous as in other countries,” he said.
“May all those who lost their lives souls rest in perfect peace”, he added.
Receiving the pick-up on behalf of the party, the National Campaign Manager for the NPP, Mr. Mac Manu thanked China Chairman and his group for such a great gift which would go a long way to help in their operations.
Mr. Mac Manu added that he has known the work Mr. Owusu Achew and group, and particularly his wife, who is also the Women’s Organizer in China have being doing to help the party in China.
He recounted even at crucial times, Mr. Owusu and his wife, out of their own way organized party activities in China without bringing any bill to the party. 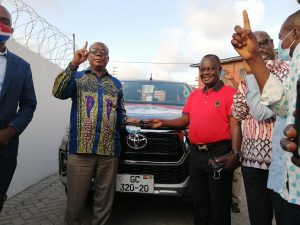 “Am really grateful to you for this, and at the time the party needs vehicles for the election campaign. This is heartwarming and I will also make sure it is put to good use. This clearly shows how you love the party and also how well the party, led by Nana Addo Dankwa Akufo-Addo is doing in government.”
“I will in turn inform the President and other National Executives of this beautiful gift,” he added.
In another development, Mr. Owusu Achew hinted how he and his group in China and others in the diaspora have adopted certain Constituencies to provide them with all the necessary logistics to win the seats.
Mr. Owusu Achew said they have adopted five Constituencies, namely Suhum, Hohoe, Abirem, Zabzugu and Agona East.
According to him, they have toured all these constituencies and provided them with the logistics they will need for the campaign.
“We have motors, shirts, cutlasses, wellington boots, scarfs, and also planning to organize health screening for all these centres. We have Doctors and other health professionals among us who are taking charge of that.”
“They are going to stay in these Constituencies and help in the campaign to make sure we win these Parliamentary seats,” Mr. Owusu revealed. 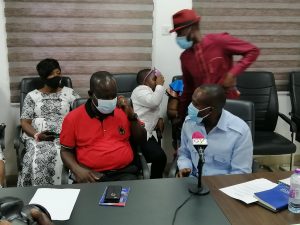