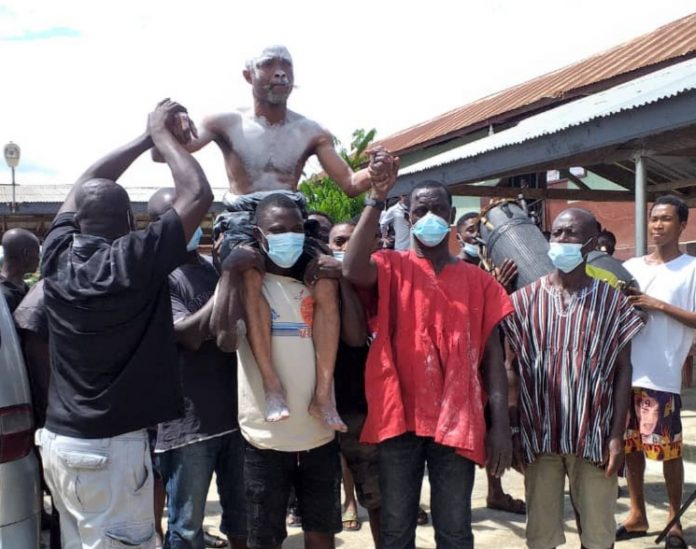 Organizing secretary of the Parliamentary Press Corps (PPC), Samuel Osei Agyei (Sammy Agyei), has been enstooled Asomkahene of Anum-Asamankese in the Eastern Region under the stool name Nana Kwaku Agyei Kodee I.

This follows the recognition of his enterprising efforts by the Royal Aduana Family & Barimah Essah Kwasi Mensah Bediako III of Anum-Asamankese and the entire Traditional Area.

Sammy Agyei’s commitment to development and respect to both the old and the youth, according to the traditional council, make him a deserving candidate for the Asomkahene. 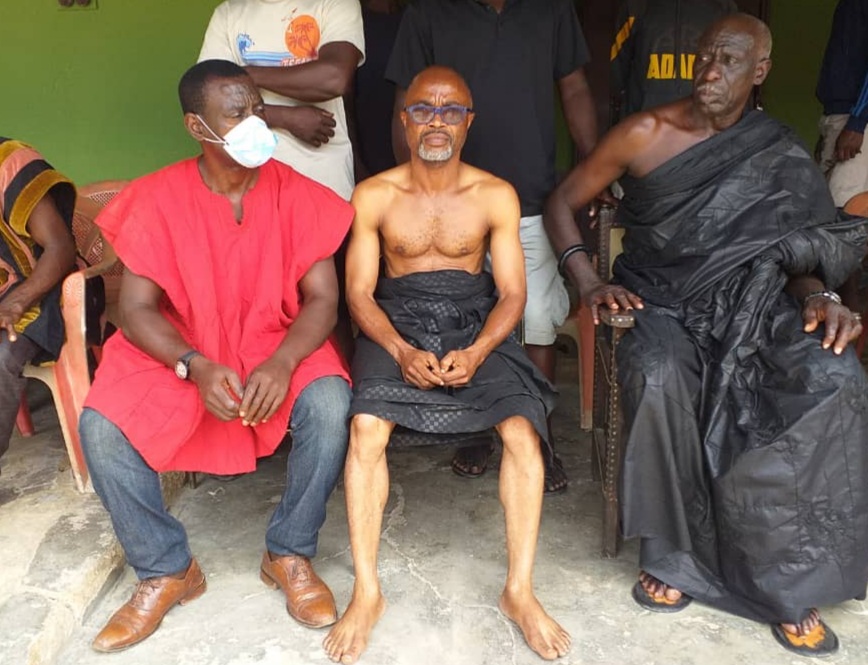 At a colourful ceremony at the Anum-Asamankese Durbar Ground, the new Asomkahene was brought out confinement and presented to chiefs and elders.

The Mankrado of Anum-Asamankese, Baffour Kwame Amponsah III, on behalf of the Omanhene of Anum-Asamankese Traditional Area, Barima Essah Kwesi Mensah Bediako III, performed the enstoolment ceremony and poured powder on him to officially signify that Samuel Osei Agyei is now a Chief.

A small bunch of leave was trusted between his lips to signify a control on his tongue and would therefore not formally address some people except through a linguist. 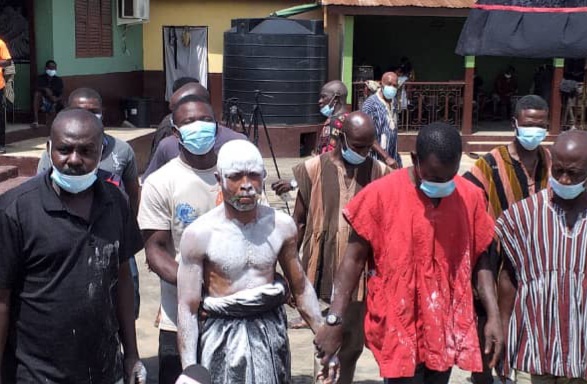 The Asomkahene was then carried shoulder-high through the streets of the traditional area and presented to the community members.

When the Omanhene, Barima Bediako III, arrived at the durbar grounds, the Asomkahene was presented to him and he gave permission for the oath of allegiance to be administered.

The Asomkahene first swore allegiance to the Mankrado and the entire chiefs and people of Anum-Asamankese and then to the Omanhene, Barimah Bediako III.

The new Asomkahene will be taken through traditional lessons for three days before his official outdooring and coronation on Sunday during the Akwasidae, which is a durbar of the Chiefs and people of Anum-Asamankese.

Samuel Osei Agyei who is a Journalist by profession is currently the Managing Editor of www.frontpageghana.com and the Organising Secretary of the Parliamentary Press Corps. 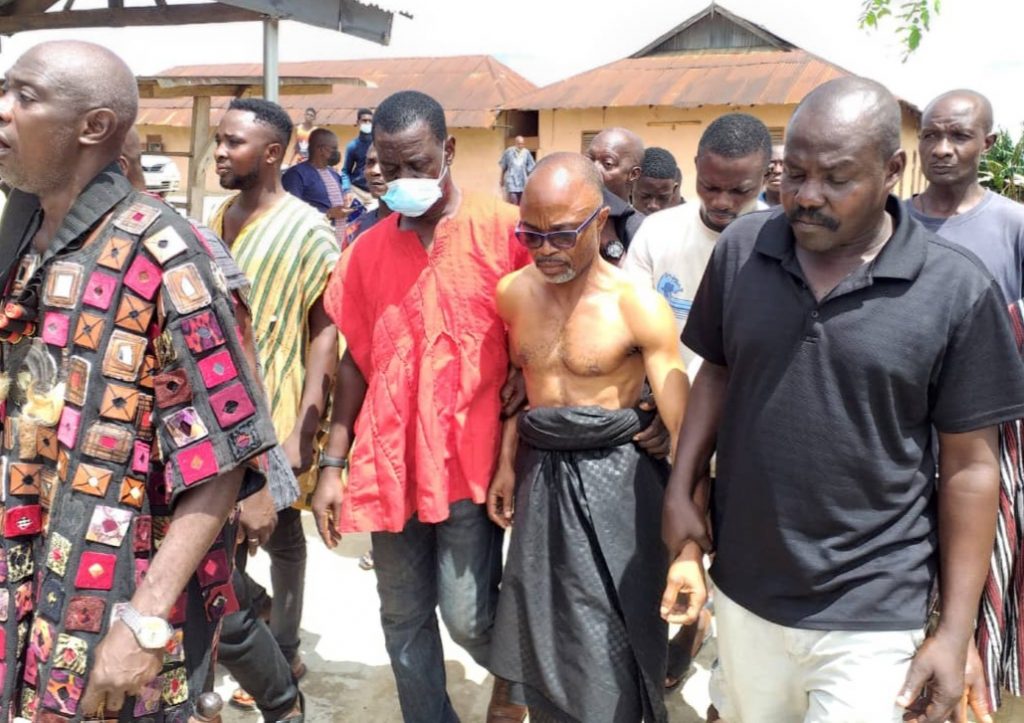 The occasion was witnessed by all sub-chiefs of Anum-Asamankese, Queen Mothers, friends and well-wishers, members of the Parliamentary Press Corps, family members and Chiefs of the Asomkahene.

Speaking to journalists after the enstoolment, the Asomkahene stated the respect to people, the good relationship he has cultivated with the community members and his composure earned him the entitle.

He averred that indeed he has done his bit to bring development and provide some needed service to Anum-Asamankese but stressed these are secondary to what led to the day’s event because good behaviour determines everything.