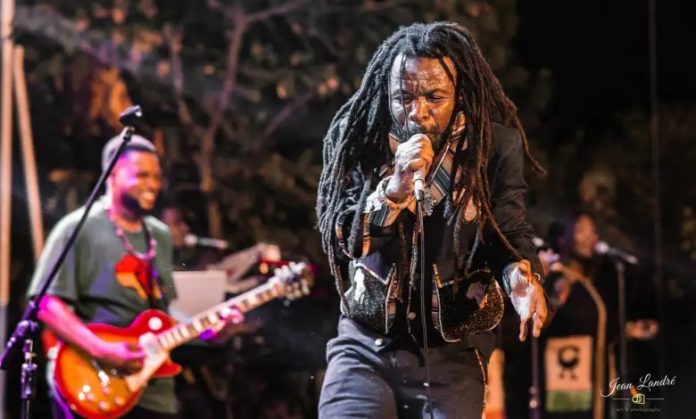 Rocky Dawuni, the Ghanaian reggae superstar has been nominated for the third time in the 65th Grammy Awards.

His song ‘Never Bow Down’ will compete for best global music performance for the 2023 Grammy awards with Arooj Aftab and Anoushka Shankar, Matt B and Eddy Kenzo, Burna Boy, Wouter Kellerman, Zakes Bantwini and Nomcebo Zikode.

“I am truly honoured to be nominated for another Grammy award for my song “Never Bow Down” ft blvk H3ro,” Dawuni posted on Facebook.

“This is a huge honour for Africa and the Caribbean coming together on this global root anthem! Thank you to everyone who was part of this project and congrats to my fellow nominees.”

He added: “This is a song of the times to inspire all of us to ‘nevabowdown’ Ghana to the world! Africa to the universe.”

Rocky Dawuni was first nominated in 2015 with his ‘Branches of The Same Tree’ album in the Best Reggae Album category.

His ‘Voice of Bunbon Vol. 1’ album was also nominated for the Best Global Music Album category in 2021.