The Private Office of H.H. Sheikh Ahmed Dalmook Al Maktoum has refunded an amount of US$2.47 million that the Ghana government through the Ministry of Health paid for the procurement of 300,000 Sputnik V vaccines.

The money, according to the office, has been refunded into the designated bank account communicated by the Ministry of Health.

A letter from the Private Office of the Sheikh acknowledged receipt of a communication by the Ministry of Health on Tuesday requesting the refund of the balance of the payment the government made for the supply of the Russian vaccine.

“The requested amount of Two Million, Four Hundred and Seventy Thousand United States Dollars (USD2,470,000.00), has already been refunded to the designated bank account, as communicated by you.”

“The SWIFT and the payment advice for the refund are hereby attached for your reference and record,” parts of the statement read.

The Office, however, indicated that no funds have ever been drawn under the Letters of Credit (LC).

It noted that the LC stands expired since June 2021 and was no longer a valid legal instrument issued in Sheikh Maktoum’s favour.

The Office requested the Government to issue a payment receipt once the funds have been credited into its bank account as confirmation of the refund.

The Minister of Health, Kwaku Agyeman Manu, has come under fire for the botched vaccine transaction, especially when it became public knowledge that he had already made payments for procurement.

Sections of the public have called for his resignation and recovery of the payment from Sheikh Maktoum in view of the fact that the vaccines were never delivered.

The Minister has since gone on leave.

Below are letter of notice and SWIFT payment advice for the refund. 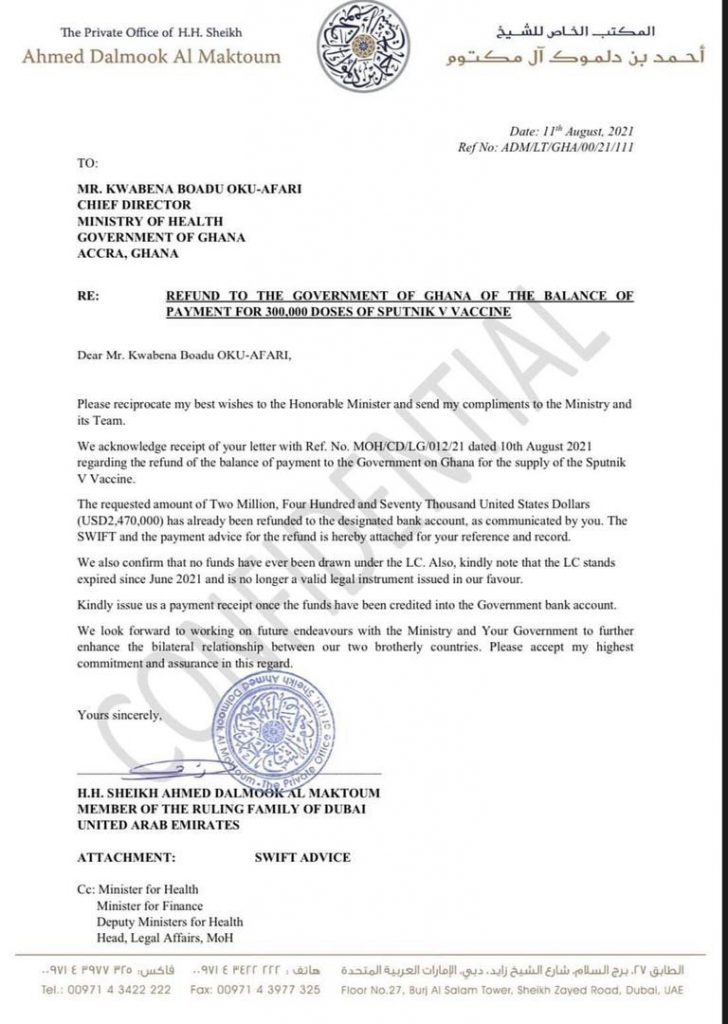 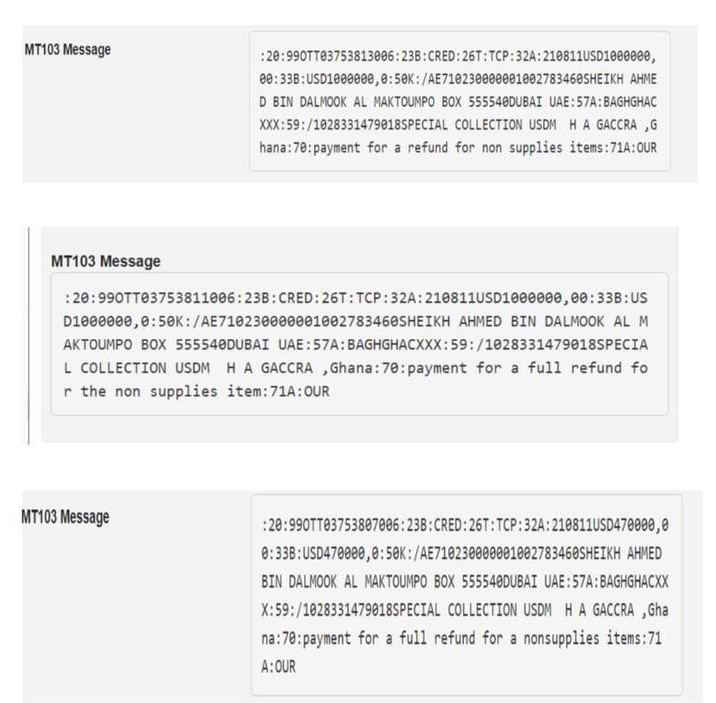