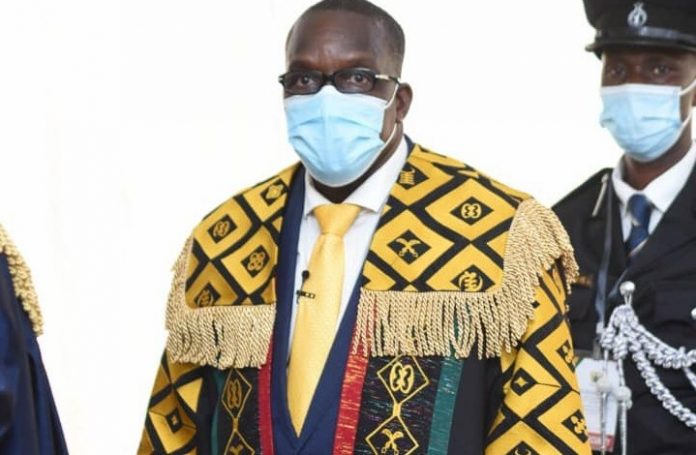 Speaker of Parliament Alban Sumana Kingsford Bagbin has threatened to advise himself to forestall further frustration over composition of the Parliamentary Service Board.

The Speaker on Monday directed a parliamentary committee set up to advise him to appoint members of the Board to do so without further delay.

He gave the committee up to next Friday, March 26, 2021 to do so else he will take the initiative to constitute the board himself.

The Board has the responsibility of promoting the welfare of Members of Parliament and Staff of the Service.

It also has general control of the management of the Service in matters of policy. The Speaker has ultimate responsibility for the Service.

With the prior approval of Parliament, the Board makes regulations prescribing the terms and conditions of service of officers and other employees for the effective and efficient administration of the Service.

Deputy Minority Chief Whip and Member for Banda Constituency, Ahmed Ibrahim, raised the matter on Monday and wondered why the House has delayed the appointment of the board.

He noted that the House would not have the moral responsibility to query the Executive Arm of Government over the composition of Boards if it is failing in its own responsibility and warned that the non-appointment of the board is a constitutional breach.

Mr Frank Annoh-Dompreh, Majority Chief Whip, agreed with the requests, but said it was a matter that the House should bring closure to and gave the assurance that the House Leadership would sit and resolve the matter as soon as possible.

But, Mr Mahama Ayariga, the Ranking Member on the Constitutional, Legal and Constitutional Affairs and MP for Bawku Central, observed that the absence of the board was affecting the work of the House, as new recruits into the Parliamentary Service after going through interview were not able to be signed on without the board which would process their engagement.

Also, the procurement of goods and services to support the work of parliament was also the function of the board.

Mr Ayariga requested the Speaker to tell the house of exactly what was frustrating him to appoint the four other members of board, and suggested for appropriate sanctions to apply, or to have the appointment of the committee members revoked.

The position was supported by Mr Edward Bawa, MP for Bongo Constituency.

In reaction, Speaker observed that he was not MP, and would need the MPs to be able to function effectively.

Quoting legal provisions, the Speaker said the appointment should be done in accordance with the advice of the committee, and added that despite a number of follow-ups the advice had still not come to him.

In the absence of the advice, the Speaker said he would not appoint the members, which he said could attract legal suits from the members.

“Your committee has so far failed and refused to advise the Speaker,” Speaker Bagbin said and advised the House to put pressure on the committee to name the board members.

He underscored the essence of the board and said failure to submit the advice by the deadline would be interpreted as an attempt to obstruct the Speaker from performing his duty.

Speaker Bagbin said he would be compelled to appoint the members of the board, and dared any member who would not agree to that to go to court.