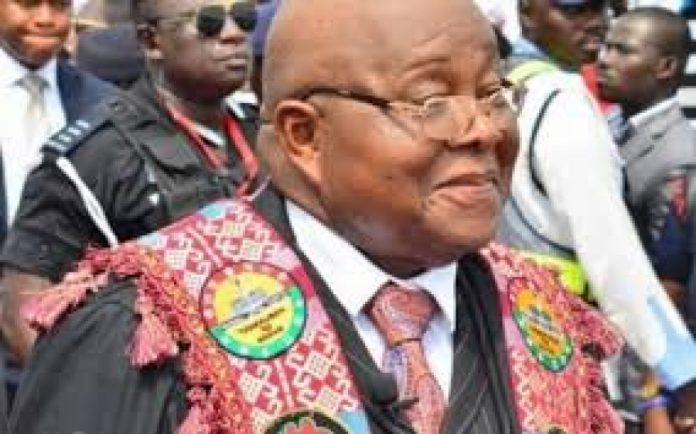 He said very often assistance that should come to parliament came in the form of bi-lateral agreements and, as such, went to the Executive arm of Government.

Prof. Oquaye made the call when he received Lord Tariq Ahmad, the British Minister of State for the Commonwealth and the United Nations at the Foreign and Commonwealth Office on Monday at the Parliament House in Accra.

The discussions centred on deepening cooperation among Ghana and the Commonwealth.

The Commonwealth is an intergovernmental organisation of 52member states that are mostly former territories of the British Empire.

Prof. Oquaye said it was important for the Commonwealth to consider the unique role of both Parliament and the Judiciary in the trinity of governance.

He said a lot of good things happened in Parliament but came under the auspices of government’s determination.

He, therefore, urged Lord Ahmad to use his new role as a British Minister of State to consider how best his organisation could deal directly with the Commonwealth Parliaments in areas that need peculiar assistance.

Prof Oquaye indicated that the Parliament of Ghana would continue to associate with the Commonwealth freely within the boundaries of mutual respect.

He said Ghana, over the years, had always taken the Commonwealth very seriously, adding that this depicted the long standing cooperation between the two institutions.

He recounted vividly the role Britain played in Ghana’s democratisation process from 1992 when the new “Wind of Change” meant a new direction towards multi-party system and good governance among others.

Prof Oquaye said under the auspices of the Commonwealth and other friendly nations a lot of assistance were given to support the country’s electoral process.

He said it was just proper for the nation to appreciate the benefits it had derived for being a member of the Commonwealth Organisation.

Lord Tariq Ahmad, on his part, stated that the courtesy call was to strengthen the bi-lateral relations between Ghana and the United Kingdom (UK).

He said Ghana and the UK shared many things in common in terms of the history and heritage of the people.

He said there was a strong Ghanaian Diaspora in the UK, about a quarter of a million, who had made Britain their home.

Lord Ahmad called on the two countries to strengthen the existing ties in the area of trade and mutual interests and how they could face-up to the challenges both bi-laterally and globally.

He stressed the need to make the Commonwealth relevant for the present and future generations, adding that common challenges and platforms could be used to strengthen the organisation.

He said there were huge opportunities Commonwealth nations could leverage on when they worked as a team and strengthened relations across parliaments, education and culture.

Lord Ahmad expressed delight at Ghana’s Parliament, which he described as the Bastian of democracy on the African Continent.

He lauded the Speaker for his crucial role in Parliament and some of the initiatives he has taken in the House.

He said the House should collaborate with the relevant organisations to work on important bills such as the Bill on the Special Prosecutor and Right to Information.

Lord Ahmed said an important element of the Commonwealth Parliamentary Association was how to strengthen the focus of parliamentarians in Ghana working in conjunction with Members of Parliament in the UK.